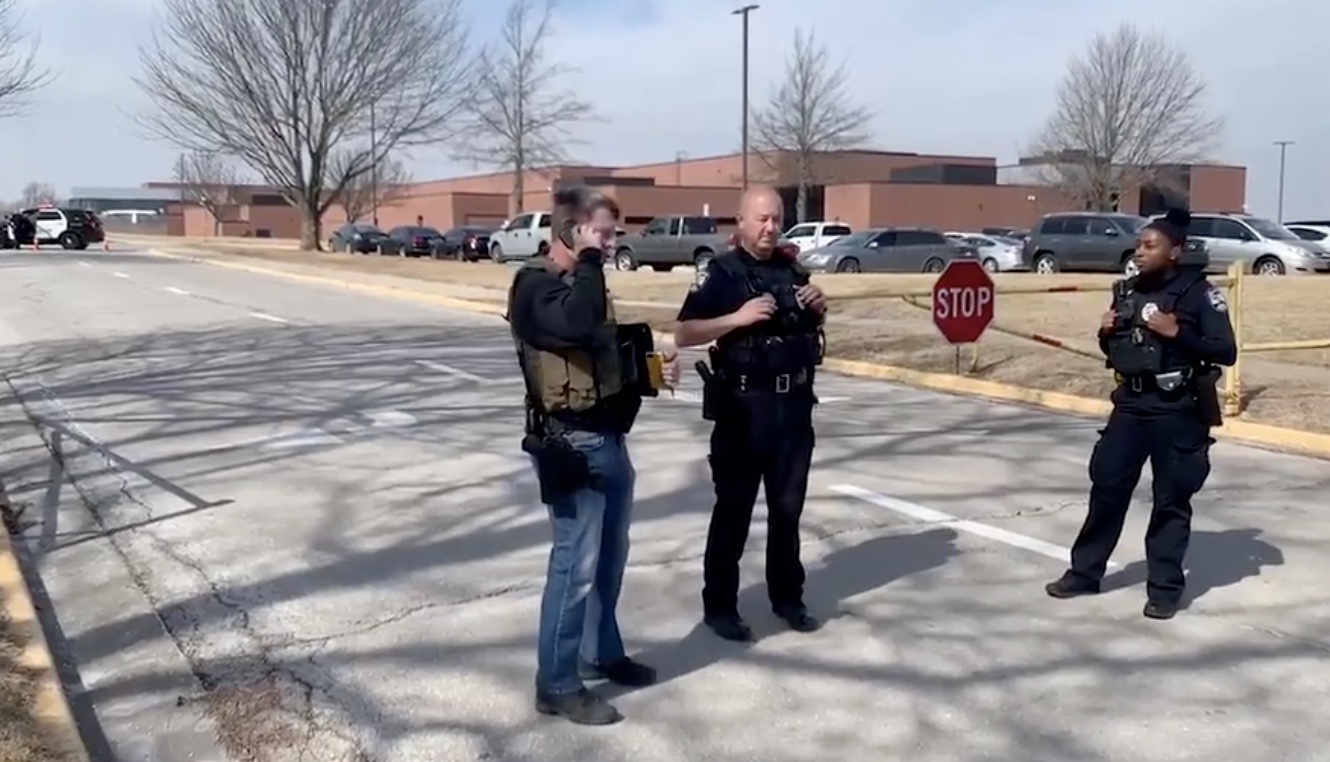 A Kansas high school student opened fire in an office of Olathe East High School Friday morning, wounding an administrator and a school resource officer, who in turn shot the suspect.

Olanthe Police Sgt Joel Yendell said the incident began with a confrontation between the administrator and the student, according to the Kansas City Star

Yendell said Olathe Police learned of the shooting when the school resource officer radioed that he, the administrator, and the 18-year-old suspect had been shot.

All three were taken to Overland Park Regional Medical Center. Officials said Friday afternoon that the administrator and the officer were released, and the third suspect remained hospitalized in critical condition but was expected to survive, KMBC reported.

Authorities said they believed the suspect was a student at the school but had no further information, including what led to the shooting or what type of firearm was used.

The school was placed on immediate lockdown after the 10:30 a.m. shooting. Students were kept in classrooms while police secured the building.

“Um, it was insane. We didn’t know what was going on,” junior Paige Schmideskamp told KMBC.

Students were eventually taken by bus to two middle schools, where they were then bussed to their homes or parents could pick them up.