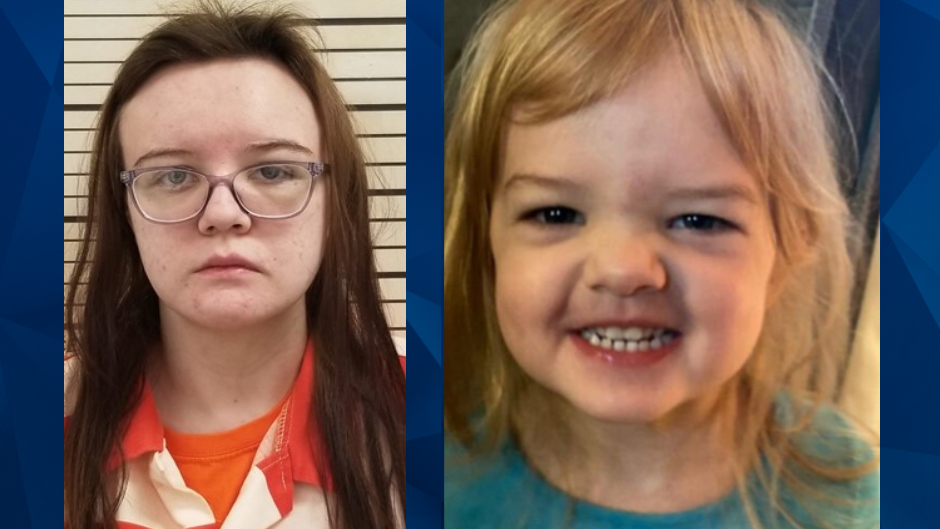 A Kentucky woman accused of murdering her 4-year-old daughter — who was found dead weeks after her reported disappearance — is seven months pregnant, her attorney said during Wednesday’s arraignment.

Serenity McKinney’s body was discovered in a wooded area in West Point on February 18. On February 6, Catherine McKinney and Hill were arrested in Thomas County, Kansas, on a custodial interference charge issued in Shelby County, Kentucky. The couple was charged with murder days after the girl’s body was found.

Serenity McKinney’s grandfather had reported her missing in early February, after not seeing her for an extended period of time. She was reportedly last seen on Christmas Eve in 2020, though her grandmother said she last spoke with her on the phone a few weeks before Father’s Day 2021.

The 4-year-old’s cause of death has not been revealed. WHAS reported that Catherine McKinney and Hill are due back in court on March 10.