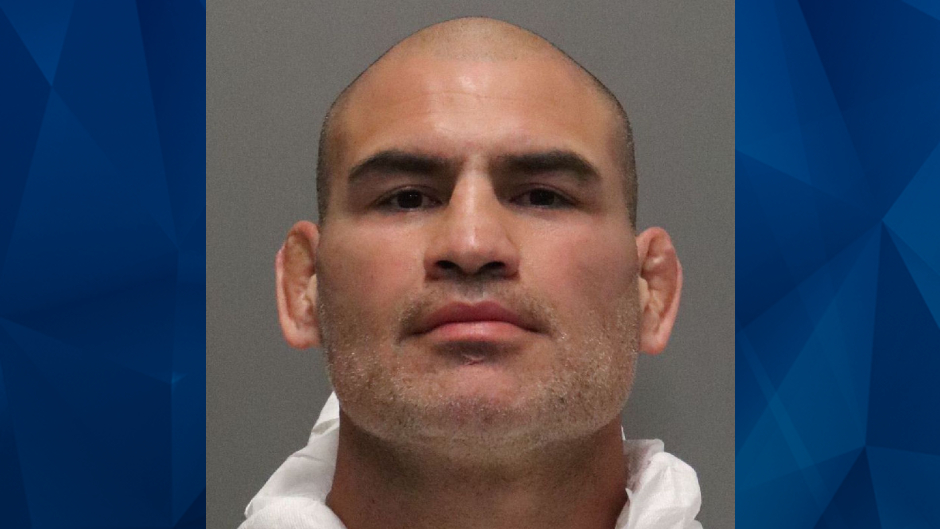 The accused molester was released from custody days before the shooting

California prosecutors said ex-UFC champion Cain Velasquez shot at a truck on Monday while trying to kill a man who allegedly molested a 4-year-old family member.

Sources told The Mercury News that the victim told authorities last week about being molested by Harry Goularte, 43, at a home daycare in San Martin. A criminal complaint stated that Goularte’s mother ran the home daycare and Goularte also lives at the residence.

Goluarte had been charged with lewd and lascivious acts with a child under the age of 14. He was arraigned last Friday and placed on supervised release — against the wishes of Santa Clara County prosecutors, according to The Mercury News.

Three days later, on Monday, Velasquez, 39, allegedly shot into a car containing Goluarte, his 63-year-old stepfather, and at least one other person in Morgan Hill. The incident sparked an 11-mile high-speed chase that ended with Velasquez’s arrest in San José, according to NBC News.

“Velasquez rammed his truck into the Silverado and fired multiple rounds with his registered .40 handgun,” the Santa Clara County District Attorney’s Office said in a statement. “A female passenger in the Silverado called 911 for help.”

Goluarte’s stepfather was wounded in Monday’s shooting but he is expected to survive. Goularte was unharmed.

Prosecutors said Goluarte was en route to get fitted for an electronic monitoring bracelet. Sources told TMZ that Velasquez tried to shoot Goluarte while he was in a car outside of a school.

Velasquez is charged with attempted murder. His bond hearing is scheduled for Monday.