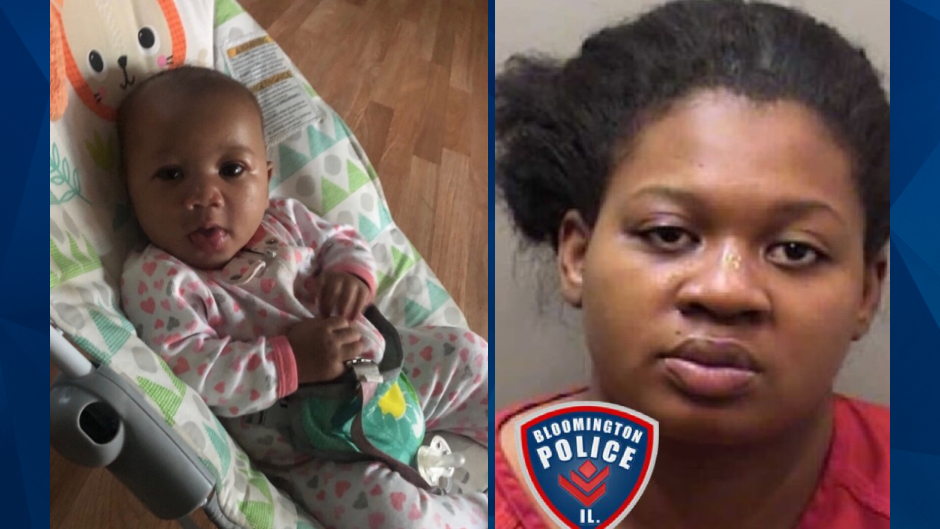 ‘She’s not living. Stop speaking on my child,’ the mother said in court

The Department of Children and Family Services investigated an Illinois woman on multiple instances before her 7-month-old daughter’s disappearance and presumed death, according to reports.

On February 14, Kimberlee Burton, 29, was charged with felony child endangerment for leaving her two other children unattended two days earlier while being arrested for retail theft. A day after her arrest, the children’s grandmother contacted authorities regarding the whereabouts of Burton’s infant daughter, Zaraz Walker, as she could not find who was caring for her.

The father of Burton’s two older children, ages 5 and 6, picked them up at the time of her arrest on February 12. Officers reportedly did not observe any other children in the home.

Bloomington police said they believe Walker vanished a week before she was reported missing. Last week, Burton was charged with concealing her daughter’s death as authorities alleged Burton’s comments to them and family suggest the baby is deceased, according to The Pantagraph.

While behind bars, Burton allegedly told a family member that Walker died while sleeping between her legs. She claimed she buried her in a cemetery near her home, prosecutors said. Walker remains unaccounted for.

On Monday, the Department of Children and Family Services confirmed to The Pantagraph that it had investigated Burton three times before Walker’s disappearance. Agency spokesperson Bill McCaffrey said two reports filed in September 2020 and July 2021 were deemed unfounded.

McCaffrey told The Pantagraph that Burton was also reported to the agency after she gave birth to Walker in July 2021. Medical staff who filed a “risk of harm” report claimed Burton was behaving “erratically.”

The third DCFS inquiry, which began in May 2021, involved abuse allegations concerning Burton’s 10-year-old daughter. That investigation — which was closed after Walker’s disappearance — uncovered evidence of abuse. However, DCFS did not order Burton to lose custody of her daughter, who is now 11. That child currently lives with her father, according to The Pantagraph.

McCaffrey explained to the news outlet that Burton would have lost custody of all her children if the May 2021 investigation led to her losing custody of her 11-year-old daughter.

During last week’s court hearing, Burton interrupted a prosecutor to explain what happened to her missing daughter. Burton, who remains jailed on $25,000 bail, is due back in court on March 18.

“My baby passed away,” she said, according to The Pantagraph.

“She’s not living. Stop speaking on my child. She passed away. It was very clear said to you that my baby passed away.”