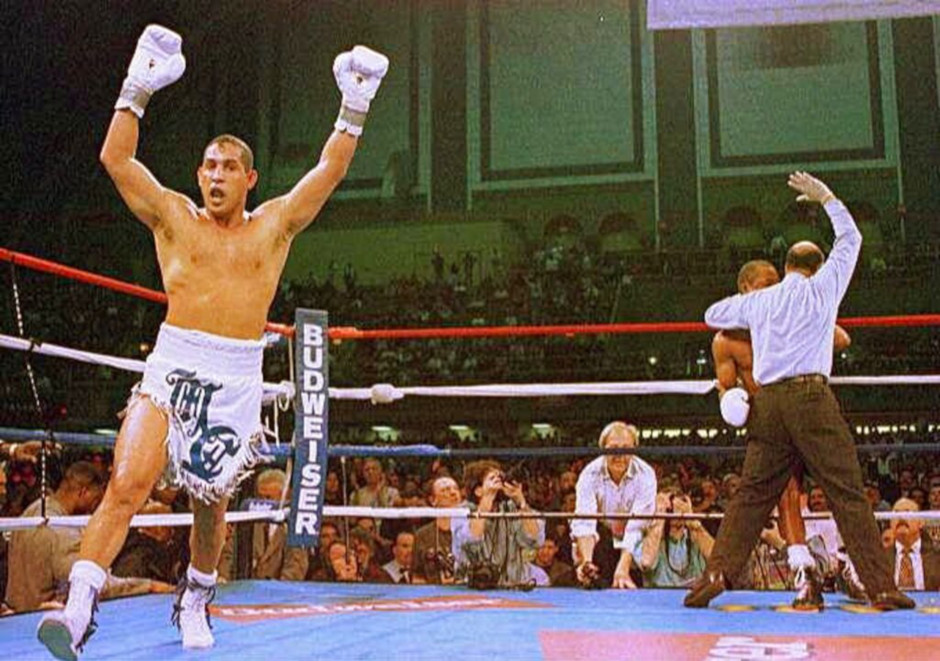 Five men appeared in court in Puerto Rico on Wednesday, charged with the murder of boxing great Hector “Macho” Camacho and a friend outside a bar in November 2012.

Camacho, 50, was shot in the face and remained on life support for several days after the shooting, The Associated Press said.

The boxer, who was a world champion in three weight classes and sent Sugar Ray Leonard into permanent retirement with a 1997 knockout, was sitting in a car with Adrian Mojica Moreno outside a bar called “Azuquita” in Bayamon. Both were shot once. Moreno was found with nine smal bags of cocaine in his pocket and a 10th open.

The suspects have been identified as William Rodriguez Rodriguez, Luis Ayala Garcia, and Joshua Mendez Romero, who were ordered held on an $800,000 bond. Jesus Naranjo Adorno was given a $300,000 bond, and Juan Figueroa Rivera is being held on a $1 million bond.

Three of the suspects were serving federal sentences for unrelated crimes in Florida and another was serving a sentence in Puerto Rican prison, also for an unrelated charge. The fifth suspect was arrested in Bayamon when police surrounded his home and knocked on a window.

Officials said there had been two other suspects, but they were killed in 2013 and 2015.

Public Prosecutor Janet Parra would not reveal the motive behind the shootings.

Camacho’s mother, María Matías, made an appearance at Puerto Rico’s Department of Justice after the suspects were charged, claiming “Justice has been done!”

“They gave me justice,” she said. “I can sleep in peace. I can eat and drink a little cup of coffee in the morning.”

Camacho won 79 of his 88 fights, 38 by knockout. Three of the remaining nine were draws. He had 96 wins and four losses during his amateur career.

As a professional, he held the WBC super featherweight world title from 1983 to 1984, the WBC lightweight title from 1985 to 1987, and the WBO junior welterweight championship twice between 1989 and 1992. He permanently retired in 2010. He was posthumously inducted into the Hall of Fame of International Boxing in 2015.