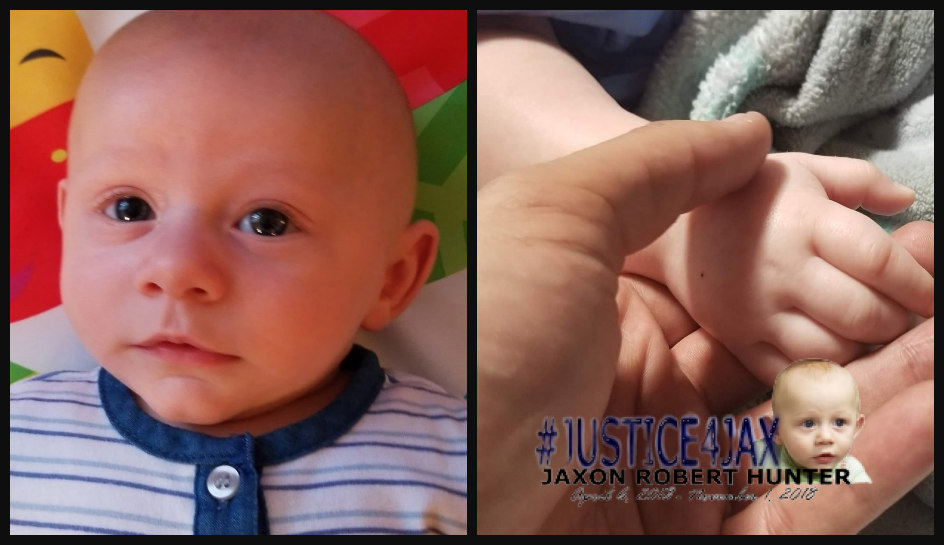 Lawsuit Tossed After Little girl, 10, Charged as an Adult for Stomping on Baby’s Head, Killing Him at Daycare

A lawsuit in connection with a Wisconsin girl accused of killing a baby in daycare in 2018 has been tossed out.

The lawsuit, which was filed in December 2020, accused the Chippewa County Department of Human Services, and the director Tim Easker, along with foster care coordinator Serena Schultz and “Jane Doe” social workers of not giving enough warning that the child was a threat to young children.

The lawsuit was filed by Stephanie Hunter and Nathan Liedl, the parents of 10-month-old boy Jaxon Robert Hunter. The defense argued that the injuries “were not caused by a governmental policy or practice,” and “did not act improperly or in violation of plaintiff’s constitutional, civil and/or statutory rights.”

The Leader-Telegram reports that Judge James Peterson “issued a summary judgment” on Tuesday to dismiss the case.

AsCrimeOnline previously reported, the incident in question occurred at a Tilden licensed daycare at 12096 102nd Ave. The girl, who’s currently being charged as an adult for first-degree intentional homicide, is accused of stomping the infant’s head so hard that she left shoe patterns.

When first responders arrived at the daycare, they rushed the baby to St. Joseph’s Hospital. His condition was so severe that he was flown to St. Paul Hospital in Minnesota, where he was pronounced dead.

A physician at the hospital later contacted police and explained that the infant’s injuries didn’t appear to be accidental. The physician also said “force required (to cause the injuries) could be generated by a 10-year-old girl,” and “the manner of death was homicidal action.”

“Later that afternoon the sheriff’s department received a call from medical personnel, a doctor, attending this youth and indicated that his belief was that the injuries sustained by the six-month boy was not an accident,” Chippewa County Sheriff Jim Kowalczyk said.

According to an unsealed complaint, the infant had “bilateral skull fractures and bilateral subdural hematoma.”

“A tread pattern on (the girl’s) shoes appeared to match the patterned bruising on the head of the victim,” the complaint read.

The girl admitted that she dropped Jaxon, and according to the complaint, she claimed when the baby hit his head on a stool, she started stomping on his head with her feet. She reportedly said she then put him back in his crib and went outside to play with the other children. She said she urged the other kids to go inside to play and shortly after, the injured baby was discovered.

Authorities interviewed daycare provider Amber Sweeney, who said she put the baby down for a nap at around 3 p.m. that afternoon. She said the 10-year-old and two 6-year-olds who attend the daycare, arrived from school and played outside while the infant slept.

Sweeney admitted that the children, which also included two 2-year-olds, were in and out of the house for “short periods” while the baby slept. She also said she spotted the 10-year-old sitting by herself close to a bay window in the kitchen on the day in question.

Jaxon’s father, Nate Liedl, showed up at the girl’s court hearing in 2018 to ensure she “saw his face” and understood the depth of the pain created when the baby passed away.

“As opposed to seeing it as a 10-year-old girl, I saw it as the person who killed my son. And she, in my opinion, deserved to be in shackles or handcuffs. She’s a criminal,” Leidl, who fought for custody of Jaxon for the three months of the baby’s life, told ABC7.

“I waited 37 years for my own little baby boy. I was extremely lucky because he didn’t cry, no fussing, he was happy smiles all the time.”

Liedl said after he heard his son was injured, he initially thought the baby would be OK, but then he got the news that Jaxon had taken a turn for the worst.

“They had mentioned what are we going to do if his heart stops, and it caught me completely off guard. I had sent a couple messages out to family to let them know that Jaxon’s not going to make it. I remember, I broke down out there pretty bad. Yeah, it really hit hard.”

The suspect is currently housed at the Northwest Regional Juvenile Detention Center in Eau Claire, but her case remains in adult court. Check back for updates.