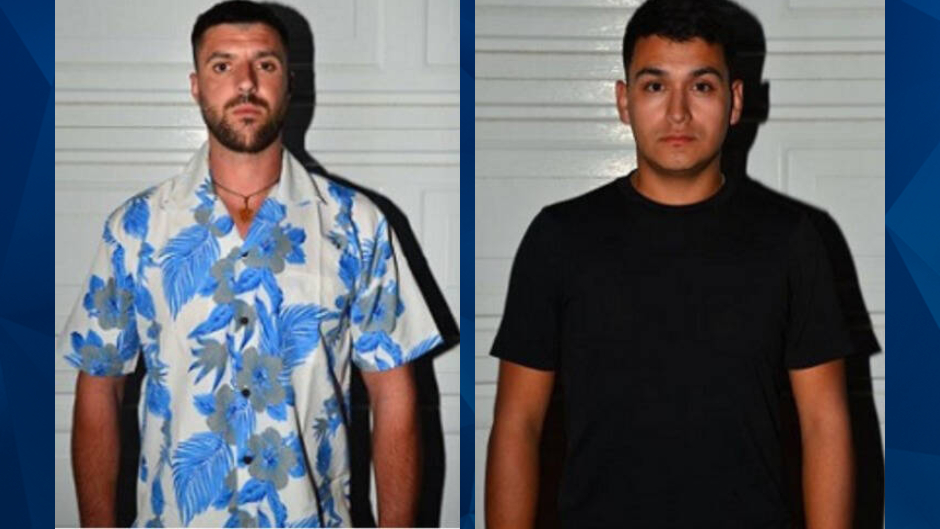 U.S. Marshals arrested two people in California on Wednesday, a day after an elderly man’s body was reportedly found in a concrete-filled bathtub in Hawaii.

Honolulu police said in a statement obtained by KHNL that officers initially went to Gary Ruby’s home on Monday after his brother requested a welfare check. Officers were met by Juan Baron, 23, who allegedly claimed to be in a relationship with Ruby and live at his home. At the time, officers searched the home and found no sign of Ruby — but they reportedly observed a bathtub filled with a concrete-type substance.

According to police, Baron was also seen leaving the residence with Scott Hannon, 34.

The following day, officers returned to Ruby’s home and discovered Ruby’s probable remains in the bathtub. KHNL reported that the body was encased with concrete and covered with coffee grounds, presumably to mask the smell of decomposition.

“When we entered, we smelled coffee no doubt,“ Honolulu Police Department Lieutenant Deena Thoemmes said. “The body was in the standalone tub and it was in a state of decomposition once we chipped away at the concrete mixture.”

Police also confirmed that Baron and Ruby were in an intimate relationship. Ruby’s brother reported him missing after not hearing from him for a month, according to KITV.

Baron and Ruby were wanted on second-degree murder charges when they allegedly fled Hawaii. On Wednesday, U.S. Marshals and Honolulu police apprehended them in Los Angeles County, California.

Baron was reportedly arrested on a Greyhound bus in Anaheim that was heading to Mexico. Ruby was captured in Inglewood an hour later.

“Baron was found hiding in a crawl space under an enclosed bench at the rear of the bus. Baron had pulled back a metal plate near the bus’s rear bathroom and crawled under the enclosed bench seat,” police said in a statement.

According to KITV, Baron was recently arrested in Texas for fraud. He reportedly has prior convictions for counterfeiting and an undisclosed felony charge.

It is unclear how Ruby died. KITV reported that the medical examiner is in the process of formally identifying the body found on Tuesday.