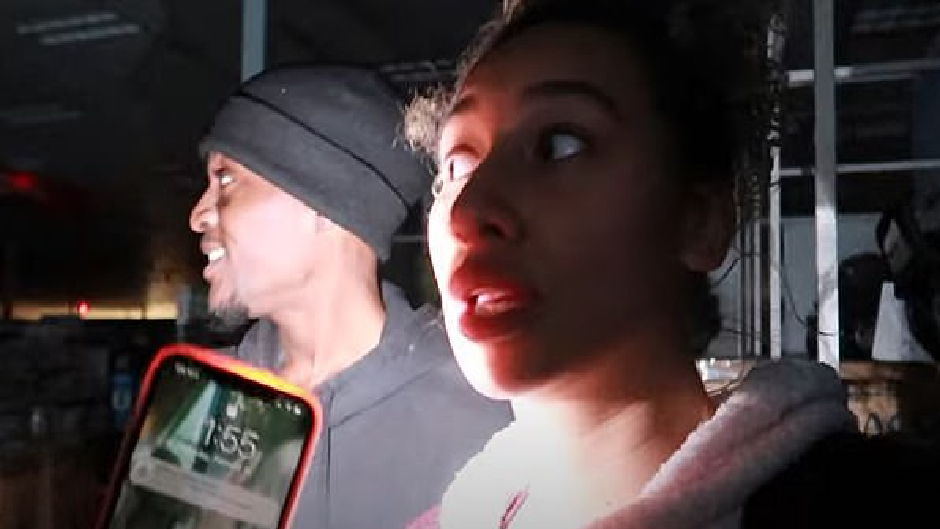 A couple was criminally charged for allegedly hiding overnight in a Pennsylvania Target last month, prompting police to respond to the store.

The Philly Voice reported that Johnson Larose, 25, and Charlotte Fischer, 24, entered a Target in Exton on February 21, just before closing, and hid behind boxes. They then filmed themselves walking around and exploring the closed store for their YouTube channel, “Saucy and Honey.”

Whiteland Township police told WTXF that they responded to the Target around 3 a.m. after Larose and Fischer activated an alarm by using an emergency exit. Officers found nothing at the time, but the couple allegedly returned to the store at 8 a.m.

Larose and Fischer posted the video to their YouTube page on February 21. Their footage apparently shows them leaving the Target in the morning as employees opened the store.

In the video, titled “24 Hour Overnight Challenge in Target,” Fischer is seen inside the store while mentioning it is after 4 a.m.

Target employees reviewed surveillance footage the following day and discovered a man and woman walking around the store with their phones out, according to WTXF. Whiteland Township police said they did not steal anything during last month’s ordeal.

Larose and Fischer were charged with criminal trespassing and conspiracy. It is unclear when they were arrested, but reports indicated that they face seven years in prison. They are also banned from all Targets in Pennsylvania, according to The Philly Voice.