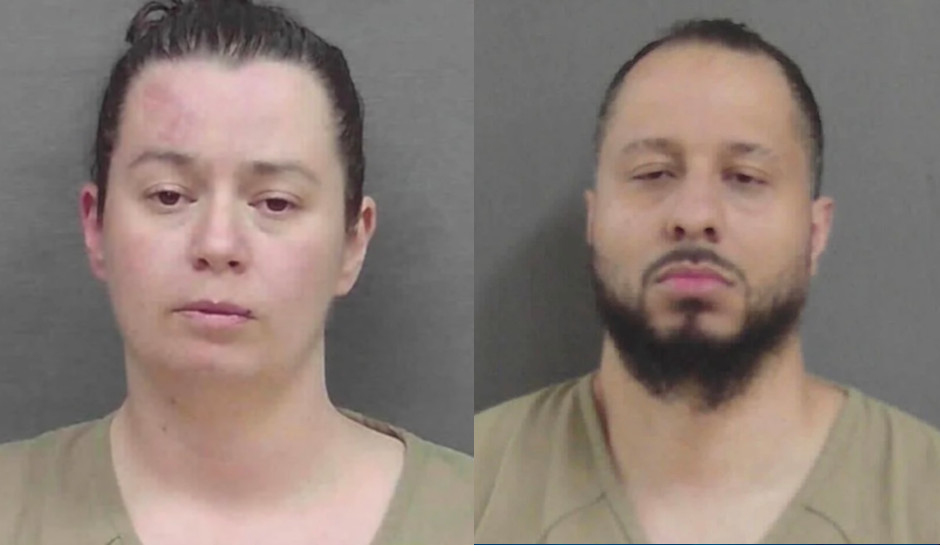 Mom, Stepdad Get Hundreds of Years in Prison for Horrific Abuse of 9 Children

A Georgia mother was sentenced to 200 years in prison for forcing her nine children to live in squalor and allowing her husband to abuse them mercilessly for years.

Her husband, who is the children’s stepfather, was sentenced in January to two life sentences plus 841 years in prison and 40 years probation. Christopher Matthew Davis was found guilty on 47 separate charges in December. Stephanie Davis pleaded guilty in November to 42 charges.

The parents were charged in Gordon County, but the Cherokee District Attorney’s Office prosecuted the case after the recusal of the Gordon County DA.

The district attorney’s office said the stepfather locked the children in a closet with no heat or bathroom, strangled them until they passed out, forced them to sit on fire ant piles, and burned them with miscellaneous items like sparklers and hot oil.

The children, who ranged in age from 3 to 17, were given limited amounts of food and water, forced to eat spoiled food, had inadequate clothing, and lacked bedding. When the Davises left the home, they locked the children upstairs.

In 2019, when the children were attending school in Gordon County, school officials reported suspected abuse to the Georgia Division of Family & Children Services (DFCS). It’s not clear if the agency pursued the case very far, and Stephanie Davis pulled them out of school at that point.

A year later, in February 2020, a teen boy escaped the house and reported to the Calhoun Police Department that Christopher Davis “slapped and punched him, hit him with a stick, strangled him, burn him with hot oil, locked him in a closet and beat him with a belt and a wooden cane.” A police report said that the child had “visible injuries all over his head and body” and a broken eardrum.

Stephanie Davis initially said she was a “helpless victim” to her husband, but prosecutor Katie Gropper said that “the evidence demonstrated her extensive involvement.”

“She not only held the children down while they were beaten and burned by her husband Christopher Davis, but also crafted cover stories for the children to tell their teachers and DFCS if they were ever asked about their injuries,” Gropper said. “Her efforts to influence and manipulate the children to recant their allegations continued even after her arrest.”

The DA’s office said that two of the children testified at their mother’s sentencing hearing, telling the court “that the physical wounds and suffering they experienced were painful, but the betrayal of their own mother left deeper wounds that will take much longer to heal,” WSB reported.

“These children are now able to live freely, without fear, and to rise above this trauma,” she said.