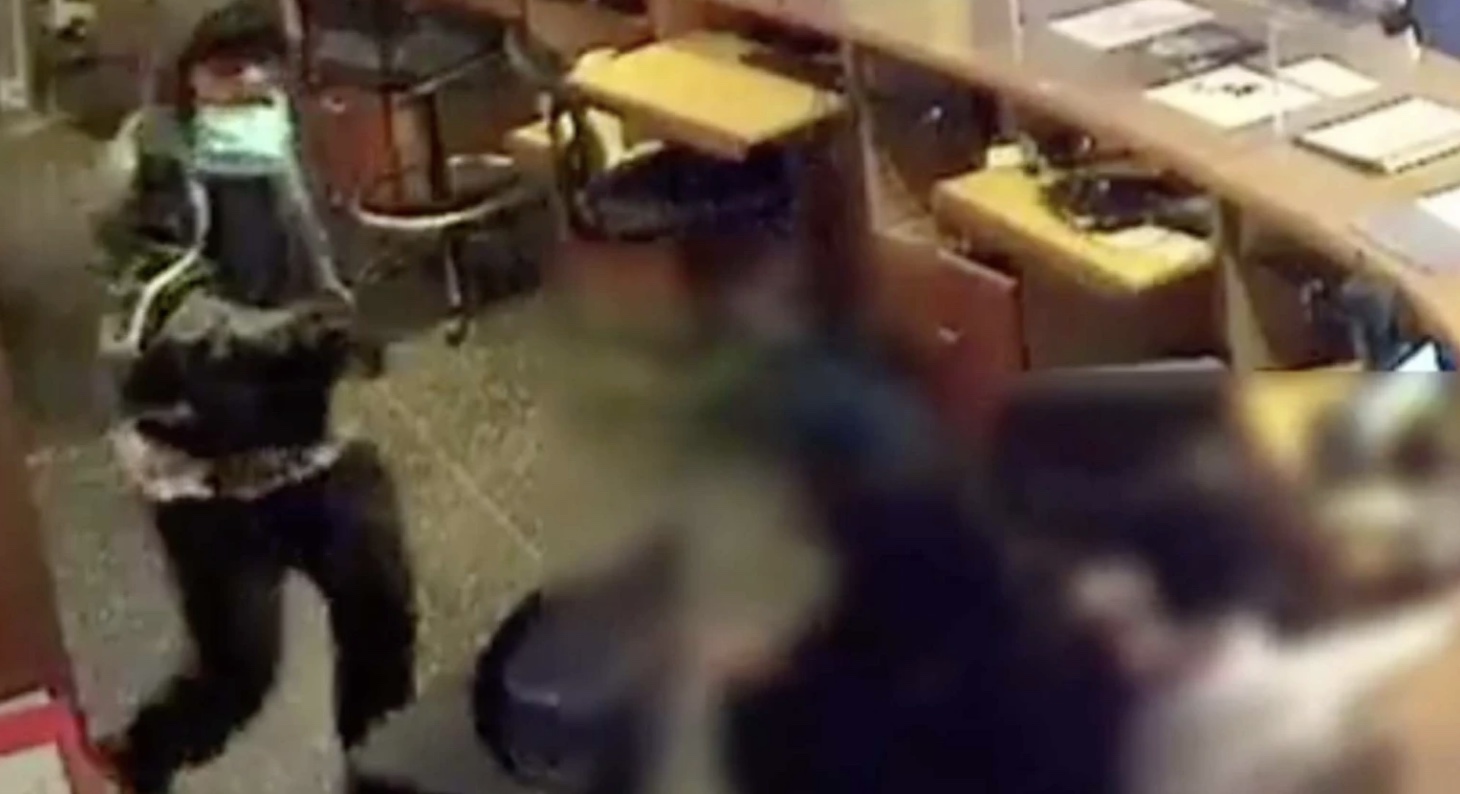 New York Police released video of Saturday’s stabbing at the Museum of Modern Art, which left a 24-year-old man and a 24-year-old woman — employees of the museum — hospitalized with non-life-threatening injuries.

Investigators identified the suspect as 60-year-old Gary Cabana, whose membership to the museum had been revoked on Friday because of recent disruptive incidents.

Police said Cabana was denied entry to the museum Saturday afternoon when he arrived to see a film, and became “upset,” rushing at the reception desk and jumping over it to stab the two employees.

As CrimeOnline previously reported, a security guard threw a binder at him to distract him. Cabana fled the museum after asking the guard where was his gun.

The two victims were said to be in stable condition. The woman was stabbed twice in the lower back and once in the neck, while the man was stabbed in the collar bone, according to the New York Post.

The museum was closed on Sunday because of the incident.