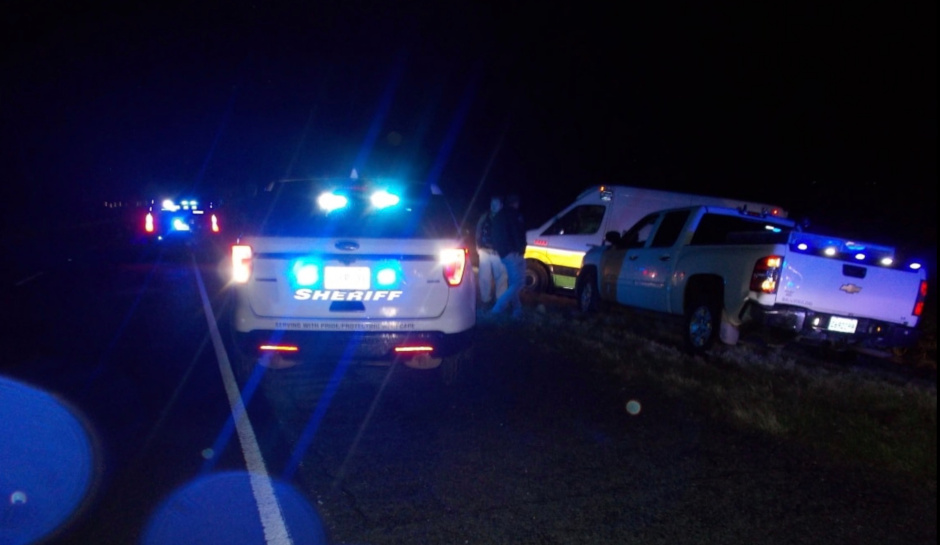 Monroe Police officers arrested Whitney Turner, 27, at the scene, WBRZ reported. She was taken back to Quachita Parish and charged with operating an ambulance without a license, aggravated flight from an officer, theft of a motor vehicle, possession of a controlled dangerous substance, and introducing contraband into a penal institution.

The Franklin Parish Sheriff’s Office said they were notified about the ambulance, stolen from a Quachita Parish hospital, at about 8:30 p.m. Friday and told that it had last been seen headed southbound on US 425 in Richland Parish. Franklin Parish deputies located it on the highway and joined the pursuit over “extremely dangerous road conditions with high winds, freezing rain, and limited lighting.”

The ambulance topped 100 miles per hour at times, running red lights as it crossed through Winnsboro, Gilbert, and Wisner and headed into Catahoula Parish, the sheriff’s office said. South of Wisner, the ambulance hit a patrol vehicle before the rolling road block finally stopped the ambulance.

Deputies said several law enforcement vehicles as well as the ambulance sustained minor damage. Cobb said he was “thankful this was resolved without injury to any innocent person.”

“Our deputies did an excellent job concluding the event in a safe manner.”