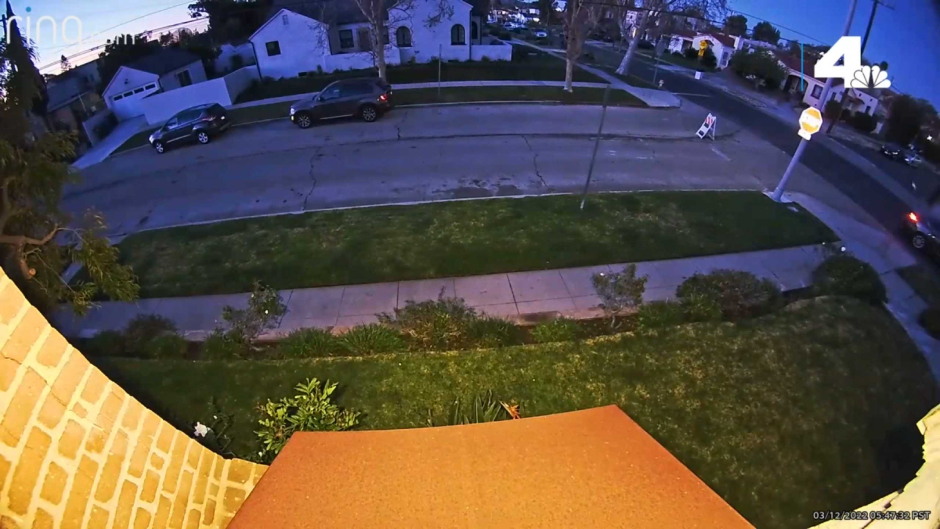 California authorities are investigating after a man was reportedly shot and killed on Saturday as he walked his dog.

According to KNBC, Marcos Sandoval, 52, was fatally shot in Los Angeles after a neighbor’s surveillance camera filmed a dark-colored sedan approaching him and stopping at the northeast intersection of Genesee Avenue and Saturn Street. Someone reportedly exited the sedan and interacted with Sandoval before shooting him multiple times and getting back into the car.

KCBS reported that Sandoval and the suspected shooter mostly exchanged words out of the surveillance camera’s view. However, Sandoval’s dog is seen darting across the street before the second shot rings out.

Sandoval reportedly lives a few blocks from where he was killed. A passerby found him 30 minutes after the shooting and called 911, according to KCBS.

A neighbor who reportedly overheard Saturday’s shooting told the news outlet that she also heard two men “loudly” talking or arguing minutes before shots rang out. She also said that she believed the tone of their conversation suggested they knew one another.

Meanwhile, Sandoval’s family told KCBS that they do not know who killed him and they are unaware of any conflicts he had with anyone.

His daughter said, “We don’t know why someone would just target him.”