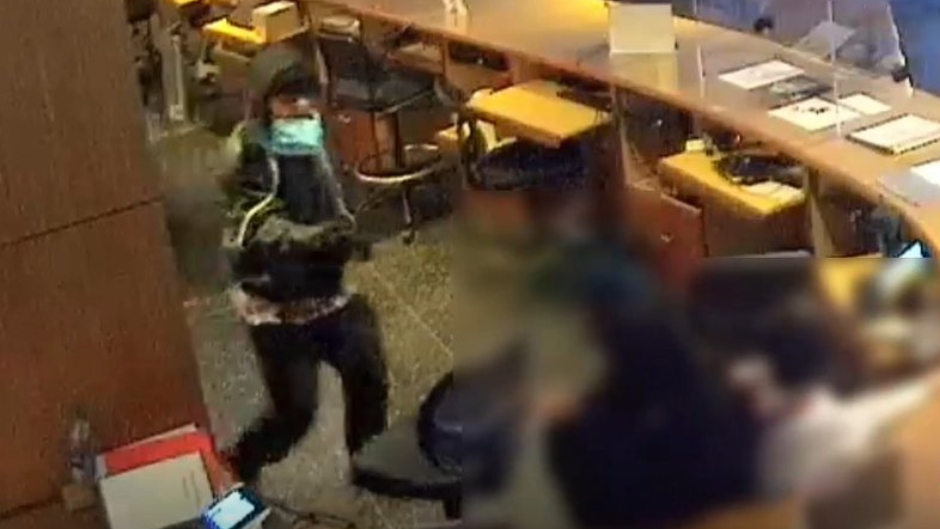 ‘I Had a Bad Day’: Museum Stabbing Suspect Caught After Days on the Run [Reports]

A man suspected of stabbing two employees at a New York museum on Saturday was arrested on Tuesday in Pennsylvania, minutes after he reportedly set a hotel room on fire.

Video from Saturday’s incident apparently showed Cabana entering the museum and jumping over a front desk as a male employee tries to stop him. The suspect then approaches three employees and stabs one of them, a 24-year-old woman, in the lower back and neck.

Cabana is also accused of stabbing a 24-year-old male employee in the collarbone. Both victims are expected to recover.

Police said Cabana was banned from MoMA on Friday due to two prior incidents. He reportedly became incensed on Saturday, upon learning that he would not be able to enter the museum to see a movie.

Meanwhile, sources told the New York Daily News that at the time of Saturday’s incident, Cabana was wanted in connection with two incidents after he lost his job as an usher on Broadway. Cabana allegedly sent threatening emails to his union representative in November after he lost his job. On January 2, Cabana reportedly punched a manager at Broadway’s Nederlander Theatre as the manager escorted him off the premises.

Friends told the Gothamist that Cabana suffers from mental health issues that worsened during the pandemic. Cabana allegedly taunted police on social media before his arrest on Tuesday. He reportedly also posted online that he is bipolar and is being framed.

Sources told the New York Post that that New York police informed Philadelphia police that Cabana may have been looking to catch a bus to visit a family member. According to sources, officers found Cabana sleeping on a bench and arrested him.