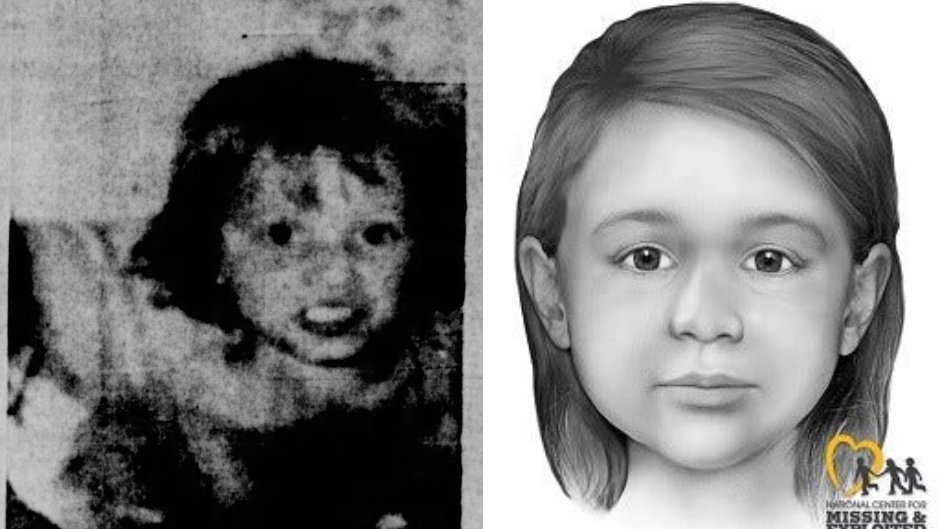 On Tuesday, Arizona officials publicly identified a girl whose burned body was found in a desert in 1960.

In July 1960, a teacher searching for rocks reportedly found a child’s body in Congress at Sand Wash Creek. The child, who was wearing a buttoned blouse, shorts, cut flip flops, and polish on fingernails and toenails, was called “Little Miss Nobody” as investigators were unable to confirm her race, age, or identity. They also said none of her bones were broken and her body showed no signs of trauma before death, according to the Arizona Republic.

This week, the Yavapai County Sheriff’s Office gave “Little Miss Nobody” a name — Sharon Lee Gallegos, 4. The Arizona Republic reported that Gallegos was abducted from her grandmother’s home in Alamogordo, New Mexico, 10 days before her body was found in Arizona.

The National Missing and Unidentified Persons System said a man and woman were seen dragging Gallegos into a car. She may have been stalked for some time before her kidnapping and death, according to KNXV.

FBI agents originally concluded that Gallegos was not the child found in the desert, as her footprints did not match the unidentified child’s. However, authorities now say that DNA analysis proved their initial assertion to be incorrect.

The unidentified child’s body was exhumed in 2018, allowing investigators to create a composite sketch that was released to the public. They also established a DNA profile that used forensic technologies that were unavailable decades earlier.

In January, a fundraiser was held to cover the costs of additional DNA testing. The goal was quickly met and her DNA profile was sent to Othram, a private laboratory — who put the mystery of “Little Miss Nobody’s” identity to rest, according to KNXV.