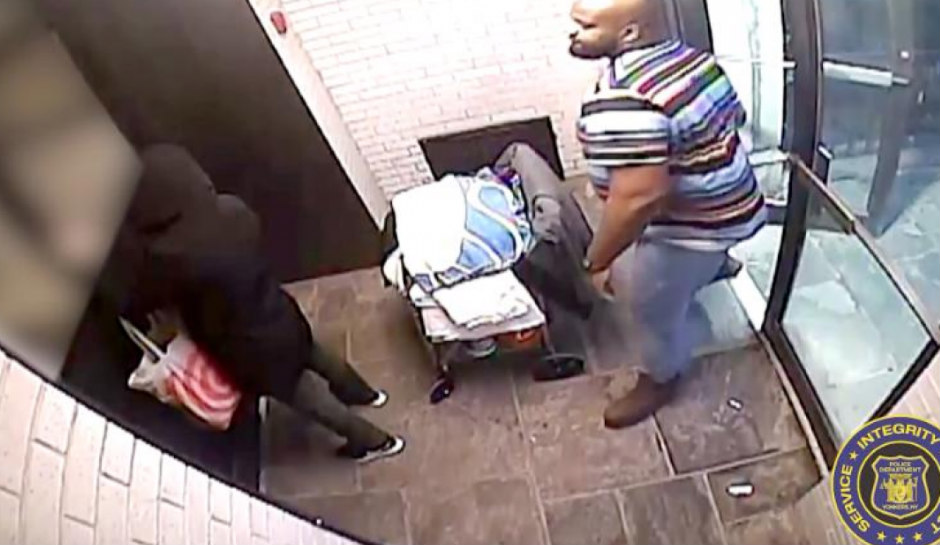 A man with a lengthy criminal record is accused of viciously attacking a woman and uttering anti-Asian slurs at her in a New York City suburb, leaving her with severe injuries, CBS News reports.

The suspect, 42-year-old Tammel Esco, is accused of punching the victim 125 times, kicking her seven times and spitting on her.

Esco also reportedly spewed anti-Asian slurs at the 67-year-old victim, in one instance allegedly calling her an “Asian b*tch,” according to CNN. The victim is from the Philippines and is Esco’s neighbor.

The horrific assault, which authorities are treating as a hate crime, occurred on March 11 in the lobby of an apartment building in Yonkers. Security cameras recorded the confrontation.

The victim encountered Esco as she was returning home, when Esco used a slur while she walked past him. She ignored him. The woman then entered the vestibule of her apartment building, and as she tried to open the second door for the lobby, Esco attacked her from behind.

She sustained serious injuries from the attack, including multiple lacerations and contusions to her head, bleeding on the brain and facial bone fractures, the Yonkers Police Department said.

One witness told the news outlet that after the attack, Esco exited the building and began to scream incoherently.

“We’re gonna file this as a hate crime, and we’re charging attempted murder based on the number of strikes and the length of the attack,” Yonkers Police Commissioner John Mueller told CBS News.

Last February, Esco shoved a woman through a glass window. The victim was not injured seriously and Esco was discharged from custody on a conditional basis without jail time. He had previously served 42 months in prison after a stabbing in 2010.

Those who live near the victim say she is a good person who was well-liked in the community.

There have been nearly 11,000 documented incidents of hate against the Asian population in the United States since the beginning of the COVID-19 pandemic, according to the group Stop AAPI Hate.