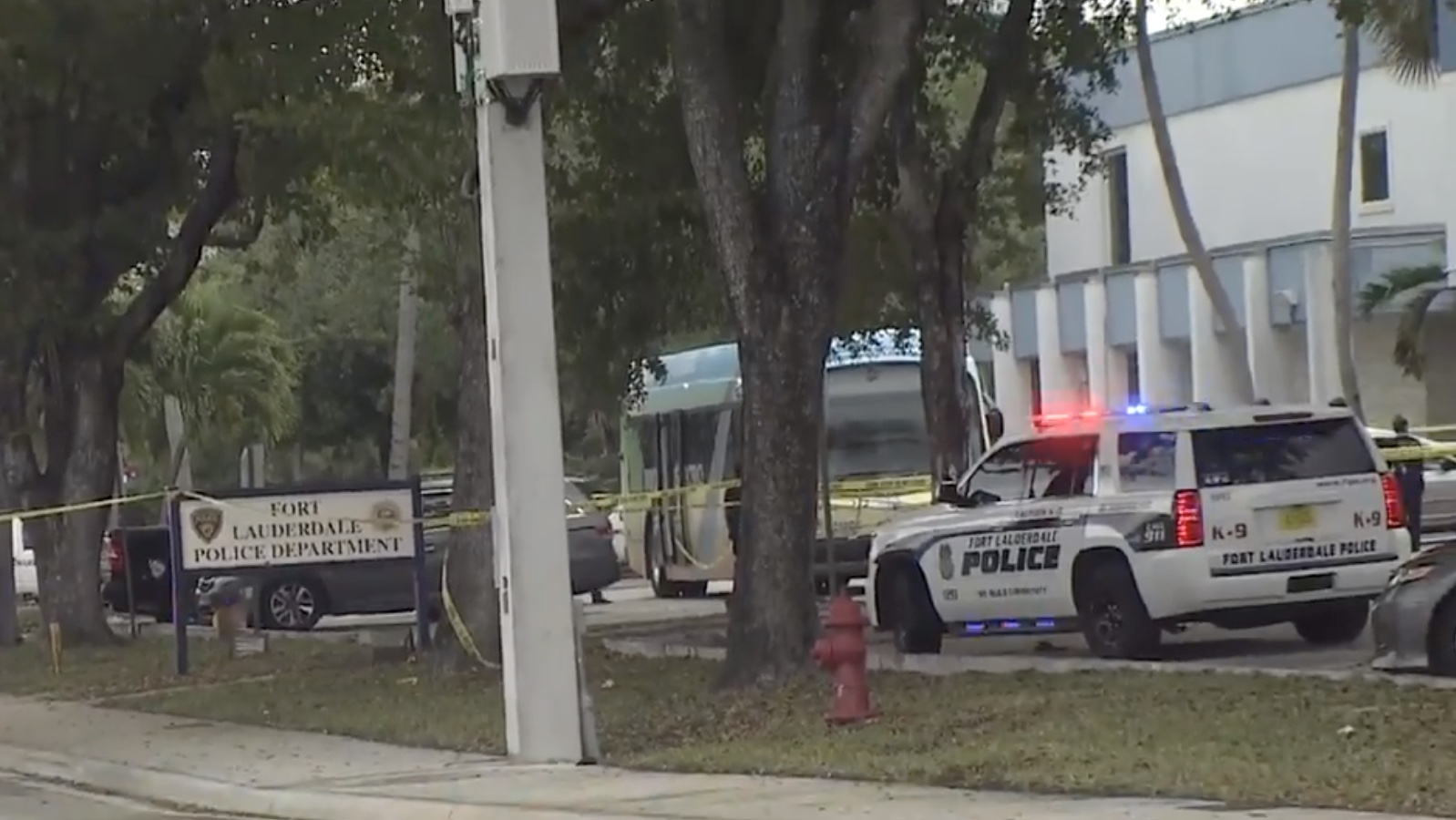 Two people are dead and two wounded after a shooting on board a Broward County, Florida, Transit bus Thursday afternoon.

Three more people were injured in a car crash that came out of the chaos as the bus driver headed down Broward Boulevard to the nearby Fort Lauderdale Police Department, WSVN reported.

Investigators said the bus was travelling westbound at about 3:30 p.m. The driver heard gunshots from the back of her bus and headed directly to the police department, about two blocks away.

“I can tell you that the bus driver in this particular case, her quick actions, I am sure, saved lives,” Acting Police Chief Luis Alvarez said, “so kudos to her. She deserves to be applauded for her actions.”

According to WPLG, the driver crossed into the eastbound lanes of Broward Boulevard to reach the police station, crashing into a car as it pulled into the lot. Paramedics treated and released the injured from the accident at the scene.

Investigators said one of the shooting victims died at the scene, while the other three were taken to Broward Health Medical Center, where the second victim died. One of the wounded people is listed in critical condition, and the other is in serious condition.

One police officer heard the gunfire and rushed into the parking lot, where he was joined by other officers. The gunman surrendered in the parking lot.

Alvarez said officers recovered a firearm but have not determined a motive for the shooting. Investigators have not yet released names of the victims or the suspect.