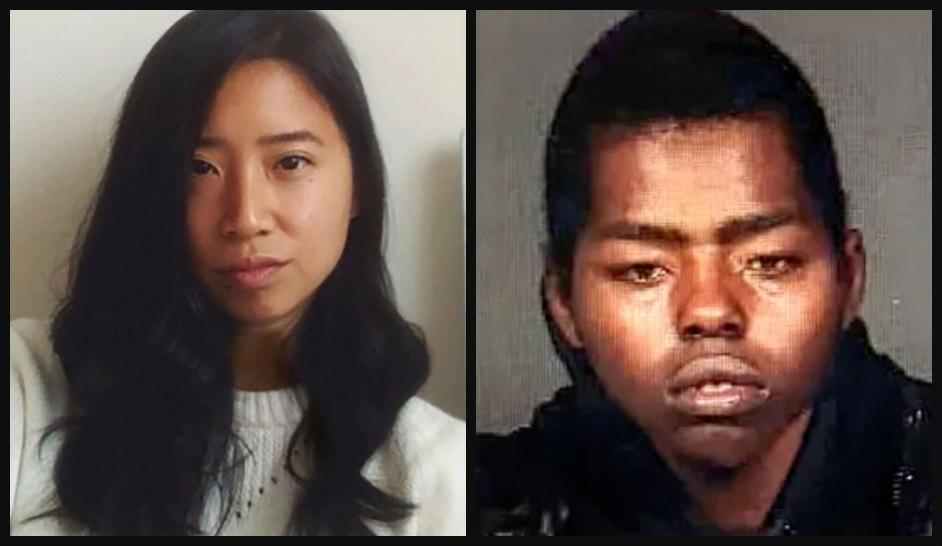 Suspect in Brutal Murder of Korean-American Woman in Her Apartment Claims He Was Trying to Help Her: Report

by Jonathan Anderson, Journalist
344 Shares Tweet
A man accused of brutally murdering a woman in her New York City apartment last month initially told police he also was attacked and had been trying to help the victim, CBS News reports.On Wednesday, 25-year-old Assamad Nash was arraigned on charges of murder, burglary and sexually motivated burglary – all first-degree felonies – in connection with the February 13 killing of 35-year-old Christina Yuna Lee.Authorities allege that Nash followed Lee into her Chinatown apartment and stabbed her multiple times with a knife from her kitchen.The killing is among a disturbing trend of violence against Asian Americans since the beginning of the COVID-19 pandemic.Video captured by a security camera shows Nash following Lee as she walked up the stairs of her building around 4:20 a.m. She had returned home in an Uber after an evening out. The footage appears to show Nash intentionally staying one floor below her to remain out of sight.After Lee opened the door to her apartment, Nash ran up to her unit and forced his way inside, according to prosecutors.Neighbors reported hearing a struggle and “calls for help,” Assistant District Attorney Dafna Yoran said during Wednesday’s proceedings in Manhattan Supreme Court, according to the New York Post.One neighbor who lives across the hallway dialed 911 at 4:22 a.m. after she heard the horrific screams.“I heard her screaming for help,” the neighbor told the Post. “I heard someone else inside her apartment. He was trying to make her quiet.”“She was screaming, ‘Help me!'” the unidentified neighbor said, according to the Post.Investigators believe that Lee fought back, as Nash had cuts on his body, according to the newspaper.Police officers arrived within minutes but could not get inside. Around the same time, Nash attempted to get out of the apartment through the fire escape, but he returned to the unit when an officer saw him.Officers eventually made their way to Lee’s unit. Nash spoke with them through the door, telling them to “go away” and asserting that he was alone and did not require any assistance, according to court records obtained by the Post.Police forcibly entered the apartment around 5:40 a.m. and found Lee in the bathroom. Investigators counted 40 stab wounds to her head, neck and torso.“The victim was naked from the waist up and none of her property had been touched,” Yoran told the court, according to the Post.A bloodied knife was discovered behind a dresser.Meanwhile, officers located Nash under a mattress. He claimed to be concerned about Lee, reportedly asking police if she was OK and alleging that he was partying with the victim and that the attacker escaped.“I was trying to help this female getting hurt by other people. I was trying to help the lady,” Nash reportedly told police, according to the Post.The court records show that Nash continued to assert his innocence at the scene, at one point saying “I am from Chinatown and I am for my people,” according to the Post.Nash was living at a homeless shelter at the time of the killing. He had been out of custody on supervised release for four pending cases, one of which includes an alleged assault on the subway. Nash also has a lengthy rap sheet and juvenile record, prosecutors told the court, according to the Post.Lee, a Korean American, worked as a creative producer for Splice, a music platform. She had been living at the apartment for less than a year, the building’s owner told the Post. He described her as “such a sweet girl.”
“Today’s indictment marks the beginning of our pursuit of justice in the name of Christina Yuna Lee, a bright and beloved New Yorker who should not have had her life cut short in such a violent, shocking manner in her own home,” District Attorney Alvin Bragg in a statement, according to CBS News.“Ms. Yuna Lee’s death not only devastated her loved ones, but struck fear into the hearts of our AAPI neighbors, who have already suffered far too much pain in recent years.”Nash faces 25 years to life without parole if convicted. He is scheduled to return to court July 18.
[Feature image: Christina Yuna Lee/LinkedIn; Assamad Nash/Police Handout]
Share Tweet