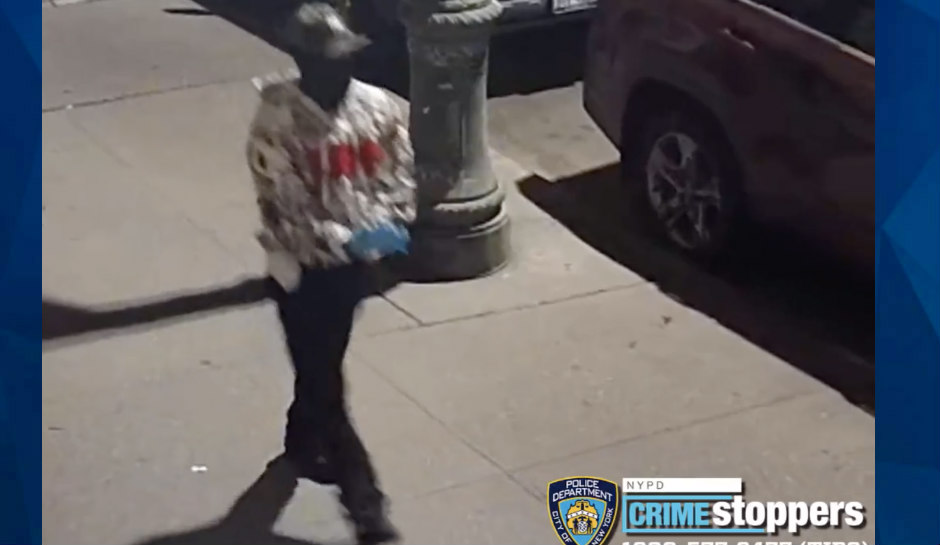 SEE IT: Police Searching for Suspect Who Viciously Attacked Woman, Tried to Rape Her

Police in New York are seeking the public’s help to identify a man who was caught on video viciously attacking a woman, amNY reports.

The unidentified perpetrator can be seen in a video released by the NYPD putting on latex gloves moments before the brutal assault around 11:30 p.m.

Sources told the newspaper that the suspect went up behind the victim and punched her in the head, which knocked her down onto the sidewalk. The man then stomped and kicked the 43-year-old woman repeatedly on her head and body, WNYW-TV reports.

The man dragged the woman in between two parked cars, where he removed her clothes and tried to rape her, according to amNY, citing police sources. The man is said to have ejaculated on the victim, but he stopped and fled when people began approaching.

The victim is in critical condition with severe head trauma in a New York hospital and has not yet regained consciousness, according to amNY.

Police are investigating the case as an attempted murder.

Authorities described the suspect as a 5-foot-8 man in his 40s with a stocky build and dark complexion, according to WPIX-TV. He had a dark green baseball hat on and a black face mask. He was wearing black pants, black shoes, blue rubber gloves, and a white hooded sweatshirt with red lettering and colorful designs on the front.