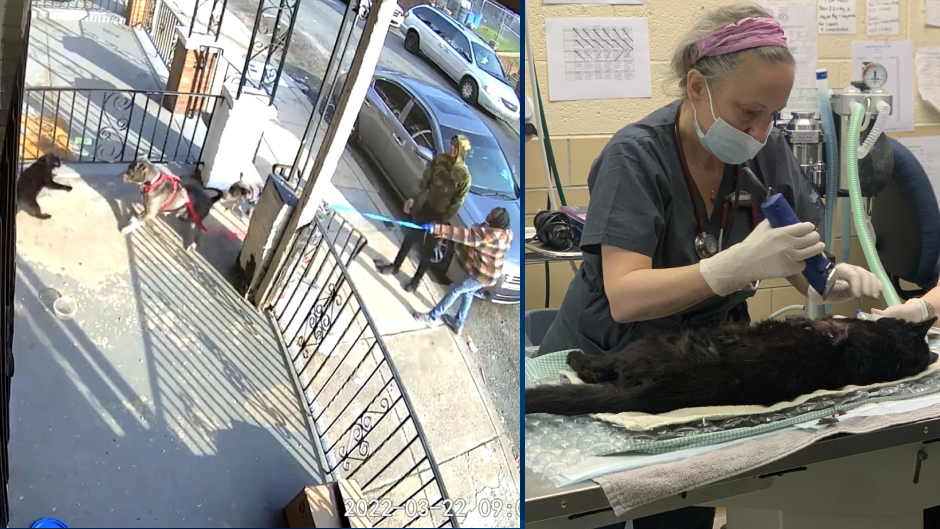 GRAPHIC Video: ‘Buddy’ the Cat Mauled By 2 Dogs in Attack Encouraged by Owners

Pennsylvania authorities are searching for two people who reportedly filmed on Tuesday unleashing their dogs and encouraging them to attack a cat.

The reported incident occurred in the Frankford section of Philadelphia. According to WPVI, surveillance footage showed two men instructing their dogs to attack a neighborhood cat named Buddy.

One of the men is overheard saying “good boy” and “get him” as the attack continues. The pair is heard encouraging the attack until a resident comes out to the home to intervene, according to the Pennsylvania Patch.

The Pennsylvania SPCA is asking for the public’s help identifying two individuals who appear to be responsible for an intentional dog attack on a family’s cat in the city’s Frankford neighborhood this morning. pic.twitter.com/tBvTJJOTiL

As of Wednesday, Buddy is reportedly in extremely critical condition is undergoing monitoring at an ER vet.

The organization told WPVI that Buddy, who is six or seven years old, suffered internal injuries and has a 50 percent chance of survival.

PSPCA’s director of humane law enforcement told the news outlet that the two suspects face felony charges as the state has stiffened penalties for animal-related crimes over the past seven years.

Anyone with information regarding Tuesday’s incident can contact the Pennsylvania SPCA at 866-601-7722 or cruelty@pspca.org.