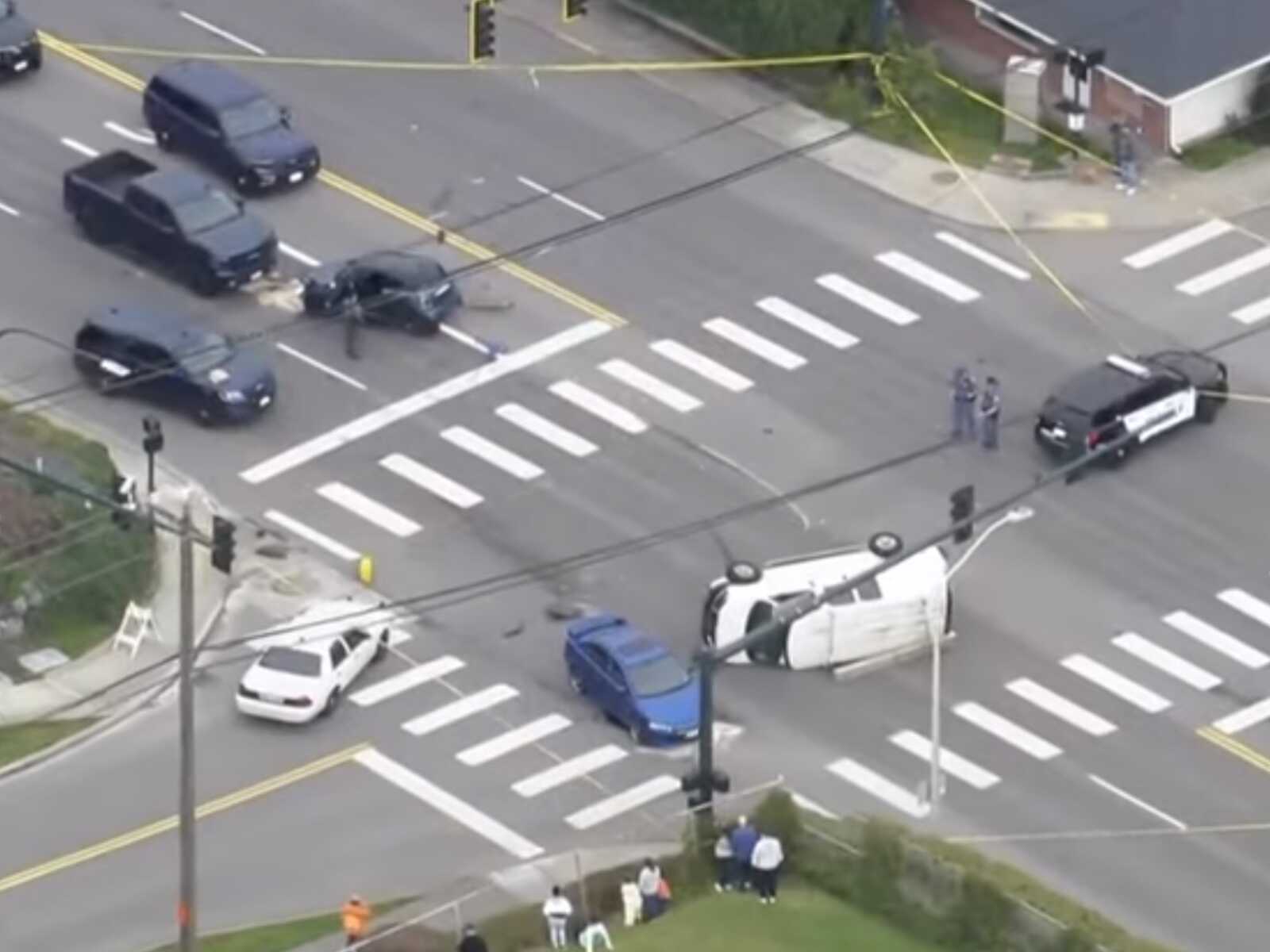 The suspect was taken into custody after a multi-vehicle crash several miles from the scene.

Details of the incident have not yet been released, but a man who lives in a nearby apartment told the Everett Herald what he saw.

George LaBauve, 24, said he heard gunshots shortly after 2 p.m. and saw a police officer’s body in the parking lot of a nearby Starbucks. He saw another man tuck away a gun, jump into a blue Mini Cooper, and drive off, running over the fallen officer and tearing of the vehicle’s back bumper in the process.

LaBauve said the car was going fast and blew through an interersection.

Snohomish County Sheriff’s deputies arrived on the scene quickly and covered the officer’s body at about 2:30 p.m.

Everett Police Officer Kerby Duncan said that at about that time, the Mini Cooper was involved in a crash with two other vehicles about 2 1/2 miles away from the scene of the shooting after a chase. A van involved in the crash rolled over, while the Cooper and the other car remained upright.

Duncan said the suspect was taken into the custody.

Nearby Everett Community College went into a brief lockdown, while WSU-Everett — across the street from the shooting scene — closed and evacuated.

By late Friday afternoon, officials had not confirmed what agency the fallen officer worked for or that he died. The name of the victim and the suspect had also not been released.

Snohomish County Executive Dave Somers, however, released a statement early Friday evening saying that “our hearts ache for the family, friends, and colleagues of the fallen officers.”

“On behalf of Snohomish County, we offer our deepest condolences to the entire community shaken by this loss of life and those police officers who will be out keeping our community safe, even under the shadow of this tragedy,” Somers wrote. “We will provide any support the City of Everett needs and call on everyone to take a moment to honor the people who are here to serve and protect.”