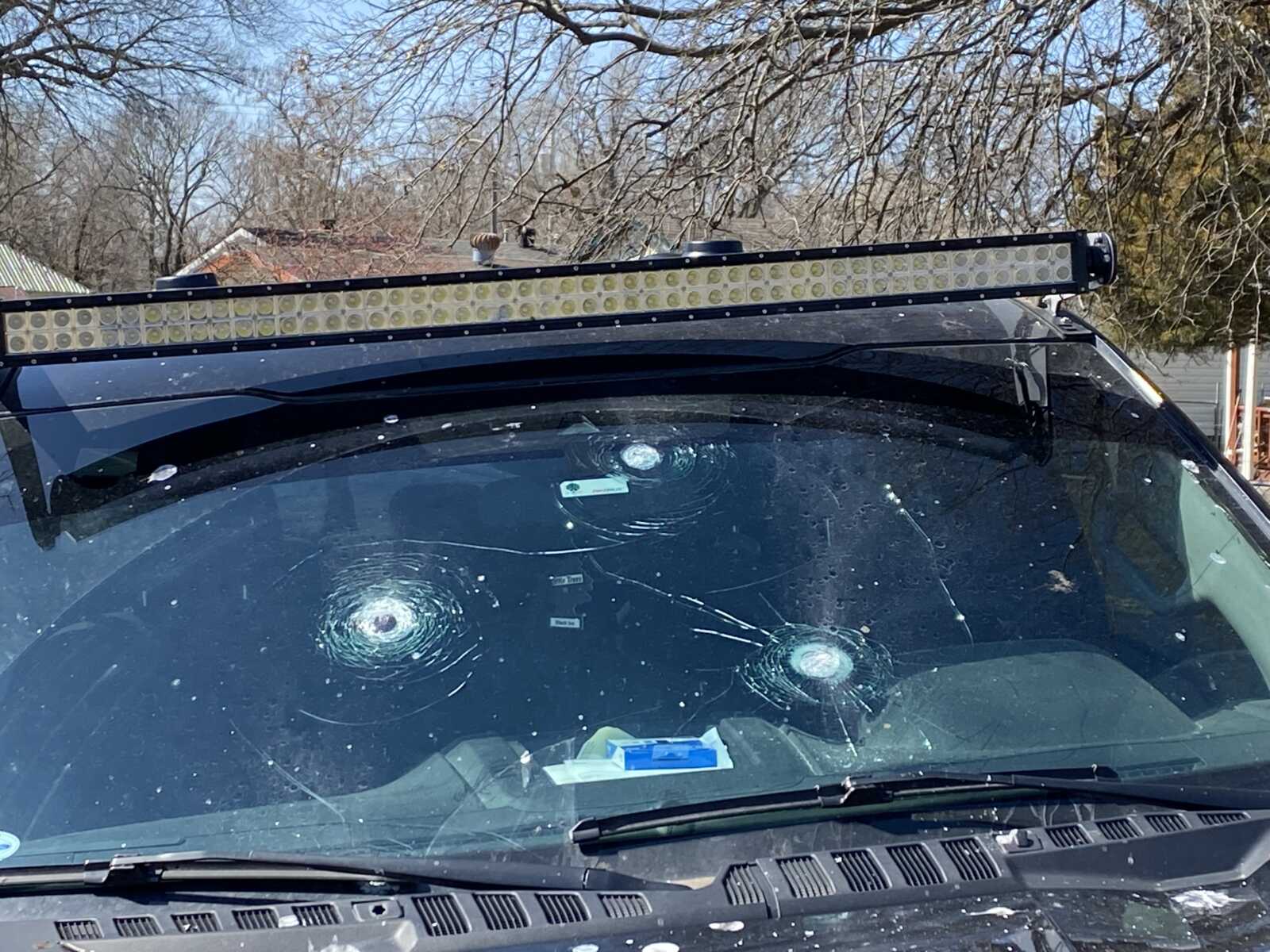 Three people are dead, including a 2-year-old girl, after a Kansas man held police off in a 3 1/2 hour standoff Saturday evening.

The Cherokee County Sheriff’s Office said Baxter Springs Police were dispatched after a woman made a 911 call requesting help.

When they arrived, a woman — later identified as Taylor Dawn Shutte, 27 — came out of the house and was shot and killed by a man identified as Eli Crawford, 37. Crawford went back into the home and began firing at Baxter Springs officers and Cherokee County Sheriff’s deputies who had joined them.

The officers on the scene called for help from the Kansas Highway Patrol, the Kansas Bureau of Investigation, and the Joplin, Missouri, SWAT team.

At some point during the standoff, as Crawford continued to fire at officers, one officer returned fire. It’s not clear if Crawford ceased firing then, but the sheriff’s office said that officers approached the residence and found Crawford and the toddler, identified as Clesslyn Crawford, dead inside.

The officer who fired toward the home has been put on paid administrative leave while the Kansas Bureau of Investigation conducts an investigation.

The sheriff’s office did not say how Shutte and Crawford were related but referred to the little girl as “their” child.