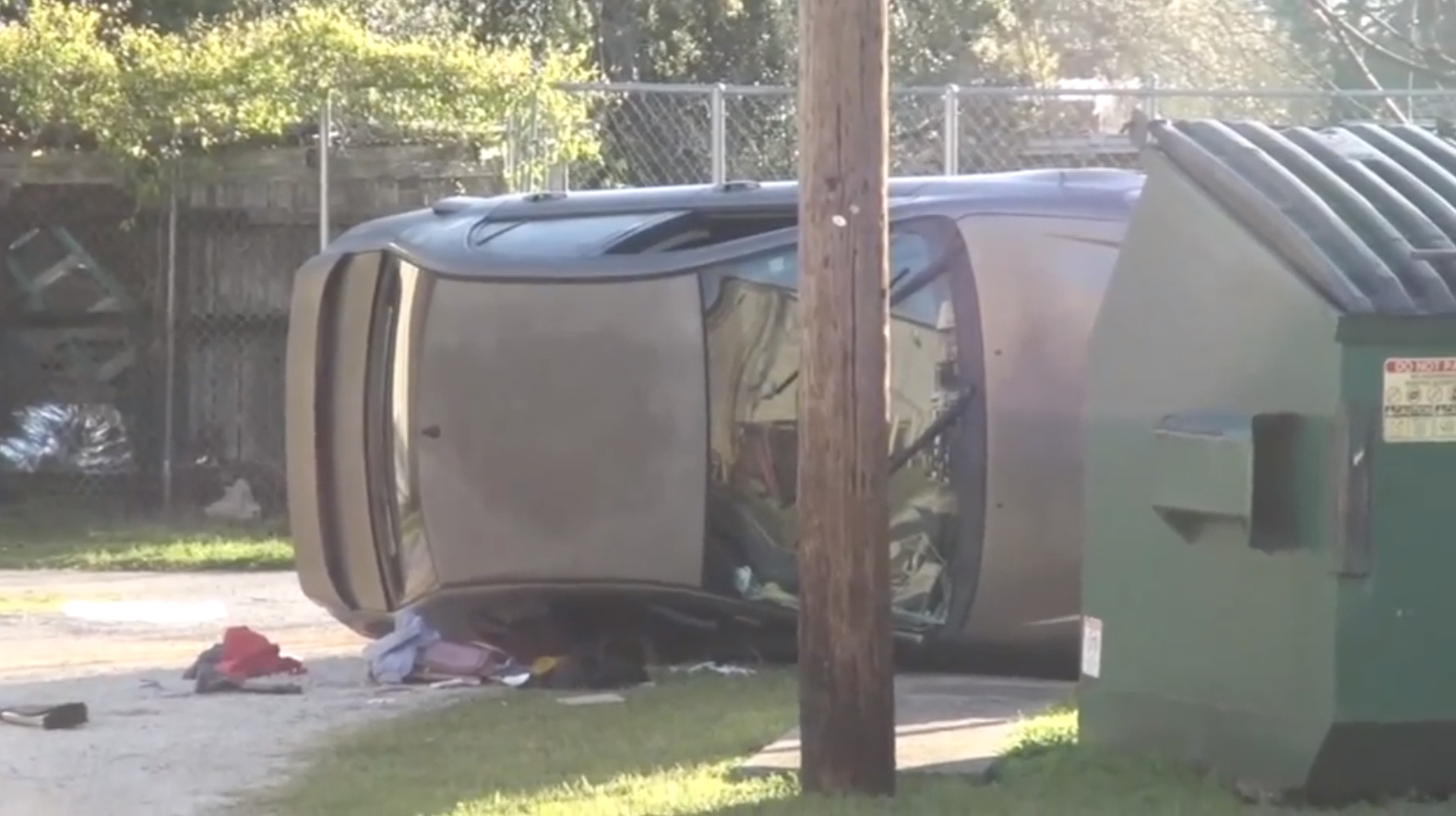 A 17-year-old Texas girl has been charged with the death of a 16-year-old boy who was a passenger in her car as she did donuts in a Willis convenience store parking lot early Saturday.

Joelissa Hernandez was driving drunk, police said, when she hit a guy wire attached to a utility pole in the back parking lot, flipping the car on its side and partially ejecting the boy.

First responders pronounced him dead on the scene, KTRK reported.

The boy and his 17-year-old sister were both passengers in Hernandez’s car when the crash took place just before 5 a.m., according to police. The 17-year-old passenger was taken to Texas Children’s Hospital, where she was said to be in stable condition. Hernandez was not injured.

Engineers had to secure the transformer pole and and cut the guy wire away from the car before it could be removed from the scene.

Investigators said they conducted a mandatory blood draw on Hernandez and found alcohol in open containers in the car. She was charged with intoxication manslaughter with a vehicle and is being held on a $20,000 bond, according to jail records.