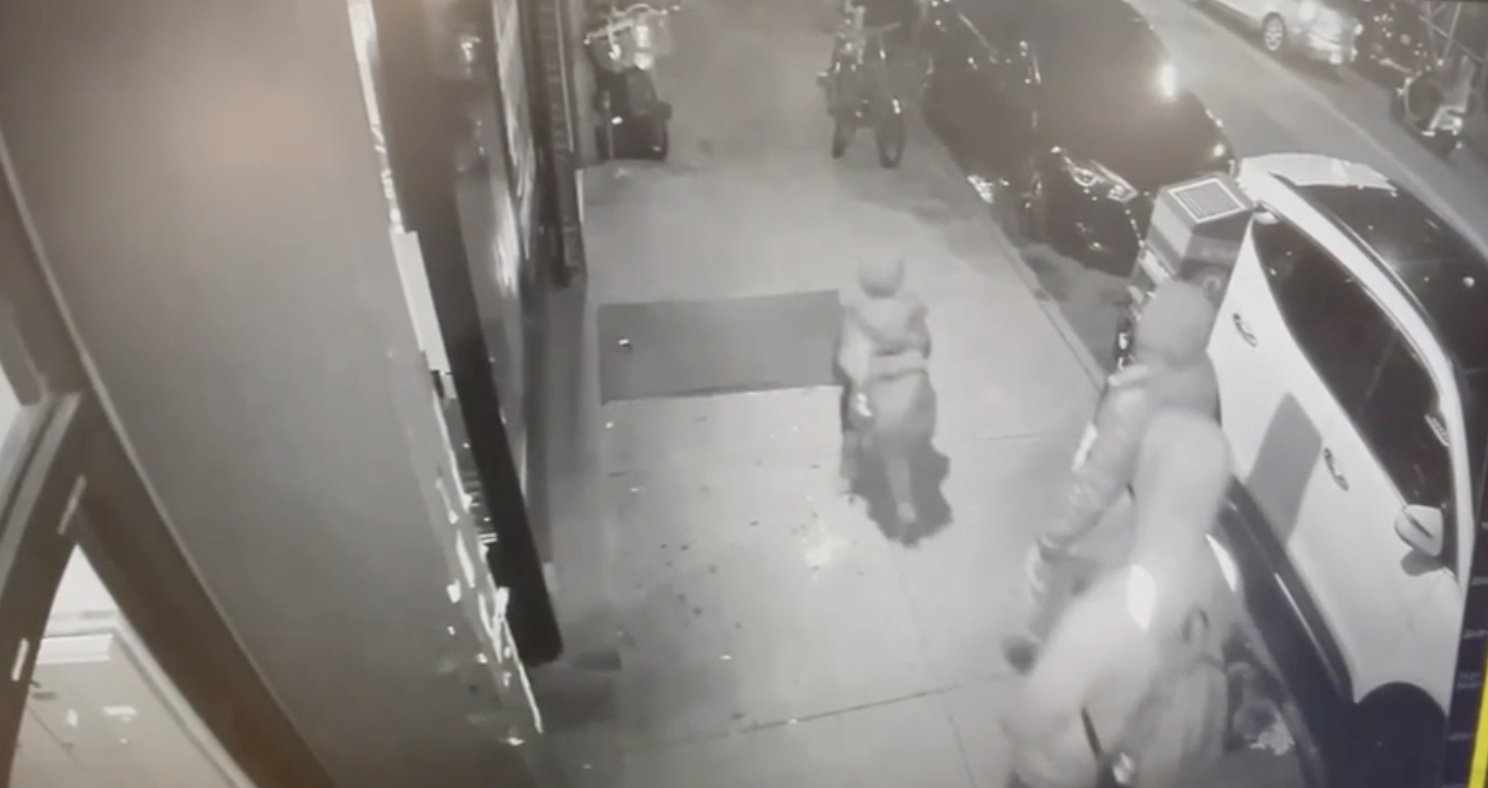 Two men were arrested and two more hailed as heroes after they jumped in to stop a robbery outside their New York pizzeria.

Louie Suljovic, 38, and his father, 68-year old Cazim Suljovic were hospitalized after the Saturday night incident. A cousin told the New York Post that the elder Suljovic, stabbed nine times, was “in a serious situation,” while Louie — the owner of Louie’s Pizzeria — was “improving.”

The robbery victim, an elderly woman, was also stabbed once. Her condition was not known.

“My father noticed it first, that the woman was attacked and she was on the floor, and my understanding was he heard screaming,” Louie Suljovic told WABC. “So he went after them and yelled my name. Once I heard my name, we both chased them down the block.”

The woman told officers that the three attackers came up behind her, pushed her down, and grabbed her purse.

The Suljovics held down two of the suspects until police arrived. Those two, identified as Robert Whack, 30, and Supreme Gooding, 18. The two were arraigned on charges of robbery, assault, and criminal possession of a weapon, and Gooding was also slapped with an attempted murder charge, the Post said. They were ordered held on $250,000 bonds each.

Both Louie and Cazim Suljovic suffered collapsed lungs from the attack, and the pizzeria is closed while they recover. But Louie told WABC they fully intend to reopen.

[Featured image: Surveillance footage shows the suspects following the elderly woman down the sidewalk before the attack/WABC screenshot]