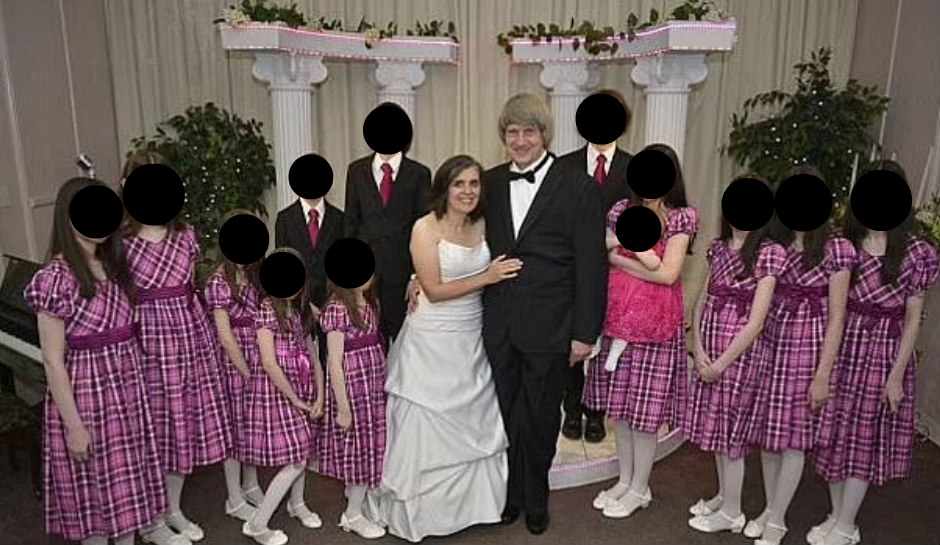 Five of the 13 Turpin children rescued from their parents’ California “house of horrors” were taken to a home where their foster dad allegedly molested them at least 50 times.

Marcelino Olguin, 63, was arrested and charged with seven counts of committing a “lewd and lascivious act on a child,” along with torture. His wife Rosa, 58, and daughter Lennys, 37, are accused of aiding and abetting him. They’ve been charged with child abuse, fraud, and witness intimidation.

Court documents indicate that the defendants pleaded not guilty back in December 2021 at the Riverside County Superior Court. DailyMail recently obtained the documents that detailed what allegedly happened inside the suspects’ home after the children were placed in their care.

“[Olguin] told them they were sexy, recommended they not wear undershirts, said they had beautiful skin, forcibly kissed them and pulled a minor on top of him,” investigator Thomas Salisbury wrote in an arrest affidavit.

The Olguin family is also accused of forcing the Turpin children to participate in a “confession circle talk” and “admit to their past sibling abuses, which their biological parents forced them to do.”

One of the brothers placed in the defendants’ home was allegedly abused, “demeaned” and separated from his siblings while his foster parents “intentionally ruined his media devices,” Salisbury wrote.

One of the youngest girls, age 5, was allegedly given a sleeping pill and forced to stand against a wall while the defendants sprayed her with water and rang a bell in her ear, court documents reportedly state.

“You don’t let us sleep, we’re not letting you sleep”,’ investigator Salisbury wrote, referring to what the defendants allegedly said.

The girl ended up collapsing on the hard tile floor, Salisbury added.

All three defendants have pleaded not guilty to the charges against them.

As CrimeOnline previously reported, 0fficers with the Riverside County Sheriff’s Department arrived at a house in Perris, California, in 2018 after a 17-year-old girl told them she stole a cellphone from the home, escaped from its horrid conditions, and called for help.

According to responding officers, an additional 12 people were found inside the “foul-smelling” home, shackled in chains to filthy beds.  All of the victims were the children of David Allen Turpin, 57, and Louise Anna Turpin, 49.

“Deputies located what they believed to be 12 children inside the house, but were shocked to discover that 7 of them were actually adults, ranging in age from 18 to 29,” the police statement read. “The victims appeared to be malnourished and very dirty.”

The victims, who “claimed to be starving,” were given water and food immediately. Authorities reported that they appeared malnourished and in need of medical assistance. They were taken to a local hospital for a medical checkup.

Neighbors said that the Turpin children mostly kept to themselves and indoors. On the rare occasion that they were outside, the children reportedly did not look healthy.

Some residents in the neighborhood said that the Turpin family typically kept a messy, unkempt yard, while neighbor Andria Valdez joked that they reminded her of the Cullen vampire family, from the fictional “Twilight” book and film series.

“They only came out at night,” Valdez explained. “They were really, really pale.”

Another neighbor, Robert Perkins, said he once complimented the family when he saw a few of them constructing a Nativity scene in their front yard a few years ago.

“They didn’t say a word,” Perkins told the Press-Enterprise.

David and Louise Turpin were convicted in 2019 and sentenced to 25 years to life in prison, but getting help has not been easy for the children, who ranged in age from 2 to 29 when they were rescued.

Last month, a Riverside County judge ordered the unsealing of records in relation to the county’s care of the Turpin children, after complaints that they were placed in crime-ridden neighborhoods and weren’t given access to thousands of dollars in private donations.

Two of the 13 Turpin children — rescued from their abusive California home in 2018 — spoke with ABC’s Diane Sawyer for her 20/20 special “Escape from a House of Horror,” they indicated that their lives might not be what they would have hoped.

“I don’t really have a way to get food right now,” 21-year-old Jordan Turpin said, while her 33-year-old sister Jennifer, said that “where I live is not the best area.”

And Mike Hestrin, the Riverside County district attorney who prosecuted the Turpins’ parents, told Sawyer that some of the adult children are “living in squalor.”

“They’re living in crime-ridden neighborhoods,” Hestrin said. “There’s money for their education — they can’t access it.”