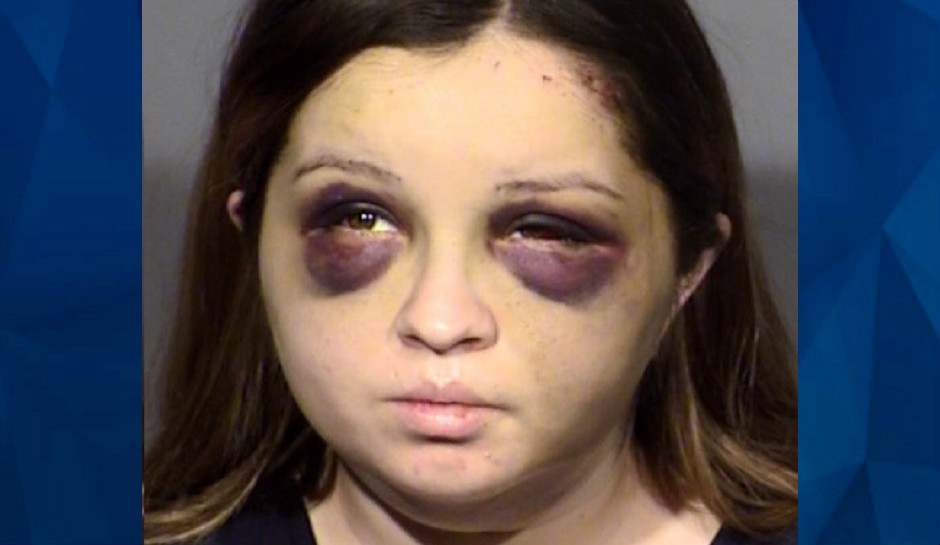 Newborn’s Mom Believes Baby Is ‘Probably Evil,’ Tries To Smother Her With Blanket

A Nevada woman has been charged with attempted murder and child abuse after she allegedly tried to kill her newborn as the baby’s father drove them to the hospital after the birth.

Court documents say that Ashley Hollingsworth’s behavior was so out of line, her boyfriend said, that he “wrestled the baby from her and held the baby on his lap” for the rest of the drive.

Hollingsworth gave birth Saturday evening in the bathroom of a home that belonged to her boyfriend’s relatives, Law & Crime reports.

When they arrived at the hospital, Hollingsworth, “bleeding profusely,” refused to go inside and ran off. Authorities found her two hours later with a “contusion with considerable swelling to the left side of her face.”

“While in UMC, Ashley stated the she had gotten beat up by a rock,” the arrest report said. “Ashley continuously talked about prophecies and other religious ideations to nursing staff while she was at UMC.”

The arrest report said that Hollingsworth later admitted the injuries were self-inflicted, and that she’d hit herself with a rock about 15 times in an attempt to kill herself

Before the birth, the boyfriend told police, Hollingsworth asked him to punch her in the face. When he refused, she reportedly punched herself in the face twice with a “closed right fist” and said she was ready to go to heaven.

A few hours after that incident, Hollingsworth gave birth to a baby girl in the toilet.

The boyfriend “entered the bathroom and observed Ashley standing, facing away from the toilet,” according to the report. He “walked to the toilet and observed the baby, laying on her back, in the toilet.”

He “picked up the baby and stated that the child’s head was not submerged in the water,” the documents said.

On the ride to the hospital, the boyfriend said that Hollingsworth called the newborn a “devil baby” and said she needed to kill it. Hollingsworth herself told police the child was “probably evil” and had been “grunting at her.” She told police that the reason she felt she needed to kill the child was because she feared the little girl would “start doing things to everyone and start making people kill each other.”

Later, Hollingsworth reported told police “Jesus had worked ‘good magic’ on the baby and now she is ‘okay,'” the report said.

Initially, doctors feared the baby girl may have suffered a brain bleed and a brain injury caused by lack of oxygen. The arrest report, however, said that by Tuesday, doctors “determined it was not likely she had suffered any injuries.”