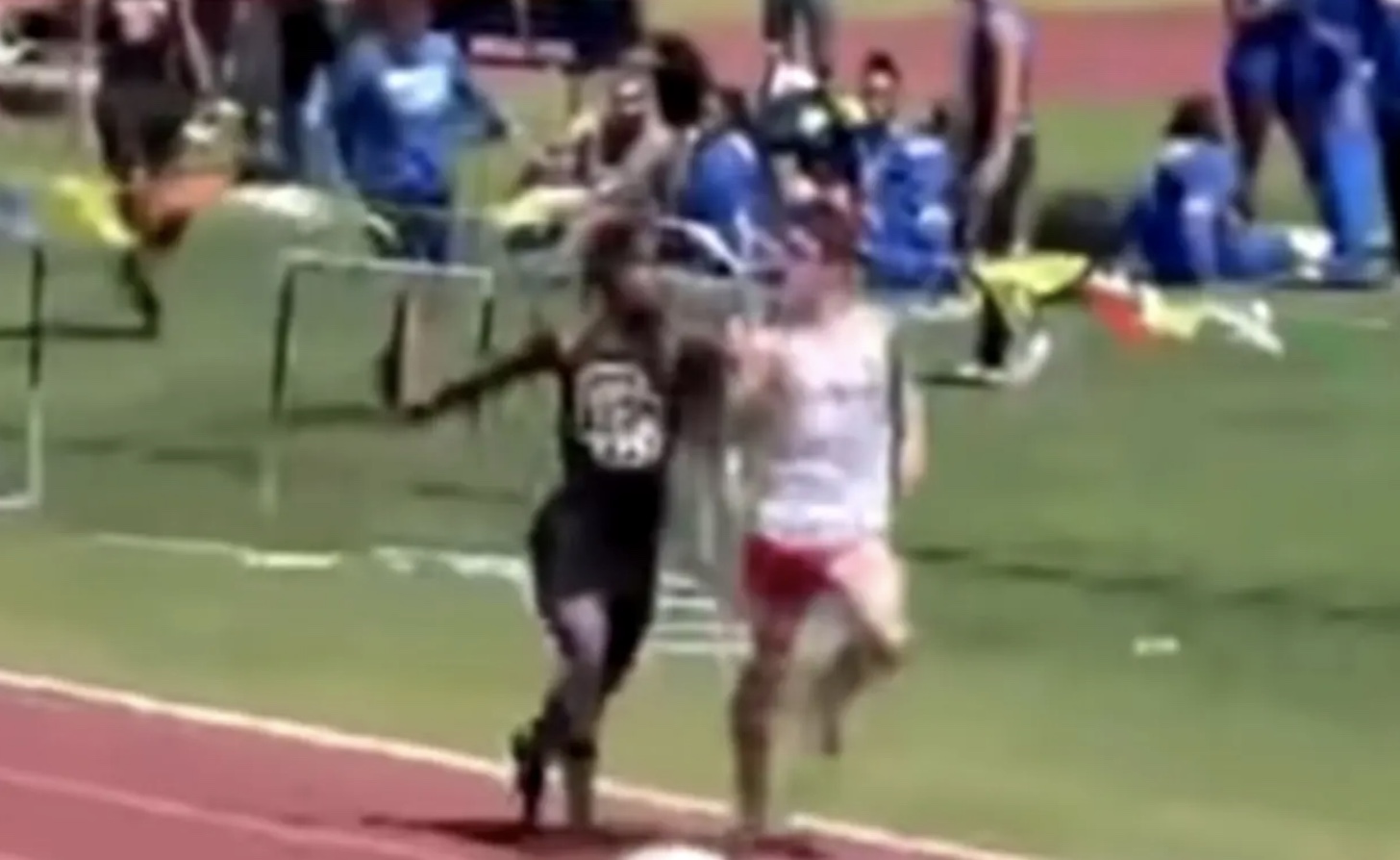 A high school track runner sucker-punched by another athlete during a race in Florida is considering pressing chargers or filing a lawsuit.

The incident tool place last weekend during the Tohopekaliga Tiger Invitational in Kissimmee, according to TMZ Sports.

The victim, wearing red and white, was leading the 1,600-meter race coming around a turn when the other athlete — not participating in the race and wearing black — came up behind him and punched him in the head. The runner fell to the track and stayed there as the other runners passed him. He did not finish the race.

Nathan Carter, attorney for the punched runner, said the runner suffered a concussion and is “exploring civil remedies against all those responsible.”

TMZ reported that the assailant had been on or very near the track during previous laps and that the lead runner had yelled for him to move and pushed him when he stood directly on the track.

Carter said that earlier reports from the Osceola County Sheriff’s Office that his client didn’t want to press charges came because deputies told him that he pressed charges, he would also be charged with battery for the shove.

“Only because of this threat did the family choose not to press charges,” Carter said.

“The family of the victim did want to press charges for this vicious attack and assault caught on video and witnessed by hundreds of people,” he said.

Carter complained that event organizers had poorly managed the entire situation by allowing the assailant to stand on the track for two laps and then failing to stop him “before he chased [my client] down and sucker-punched him.”