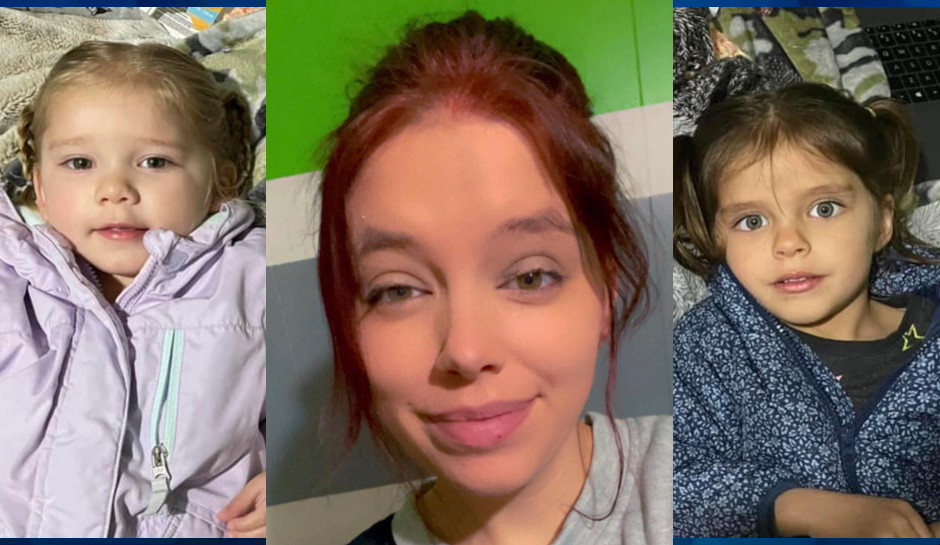 Update: Two little girls believed abducted by a non-custodial parent in Wyoming were found safe in Texas, KUSA reported. No other information was available.

Investigators in Colorado and Wyoming have issued missing children alerts for two young girls believed to have been abducted by a non-custodial parent.

Aspen Roth, 4, and Serenity Naslund, 2, were allegedly taken from Buffalo, Wyoming, at around 10 a.m. Sunday morning by 23-year-old Alexis Roth.

The Wyoming Highway Patrol has issued an Amber Alert in the case, while the Colorado Bureau of Investigation put out an Endangered Missing Alert, KUSA said.

The group is believed to be traveling to Amarillo or Grand Prairie, Texas, and traveling through Colorado, authorities said.

Alexis Roth is 5 feet 5 inches tall and 120 pounds, with brown hair and eyes.

Investigators said a 3-month-old infant is likely with the group as well. Alexis Roth is the custody of the infant.