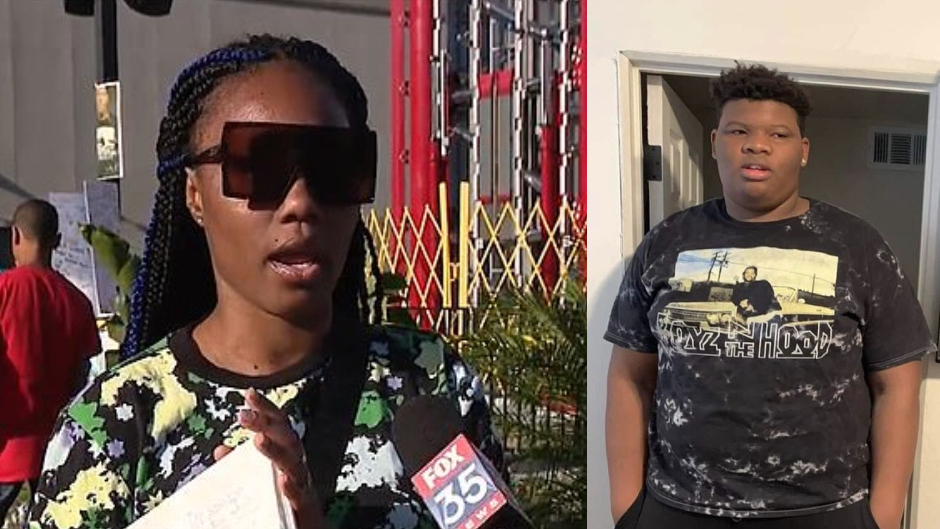 ‘Cousin’ Who Said Teen Was Turned Away From 2 Rides Before Falling Death Is Unknown to Family: Reports

A woman who claimed she was the cousin of a 14-year-old boy who died in March at a Florida amusement park was fired from her job last week after the teen’s family claimed they did not know her.

According to the Orlando Sentinel, Lewishena Browning identified herself to the media as Shay Johnson and attended Tyre Sampson’s vigil at the amusement park where he died on March 24. Sampson plunged to his death while seated on the Orlando FreeFall drop tower — a 430-foot ride that lifts passengers in the air before dropping them at speeds exceeding 75 mph.

Previously, Johnson claimed she had dropped off Sampson at ICON Park, and Sampson called her saying that he was turned away from two rides before operators allowed him on the FreeFall ride. Sampson was reportedly six feet, five inches tall and weighed 340 pounds — but the ride’s manual stated that the maximum weight limit for a rider is 286 pounds.

However, Sampson’s family told WFTV that Browning had “no ties” to their family — with the teen’s mother telling cops that she has no clue who Browning is. The revelation led to Browning being fired from Flash Dancers, an adult entertainment club in Orlando, according to the Orlando Sentinel.

In an Instagram post, Flash Dancers said they had fired Browning after surveillance footage showed her at the club the night Sampson died, presumably contradicting her claims she had dropped him off at the park.

The Orlando Sentinel reported that Shay Johnson is listed as Browning’s alias in court records, including a restraining order petition filed against her in recent months. She reportedly has been arrested at least four times in Orange County for crimes such as domestic violence and driving with a suspended or revoked license.

Court records also indicated that Browning is currently awaiting trial for lighting her ex-boyfriend’s car on fire in August 2021. At the time of the arson, the ex-boyfriend told cops that he was involved in two other active cases — vandalism and criminal mischief — concerning Browning, according to the Orlando Sentinel.

Flash Dancers’ owner, William Sierer, told the news outlet that other people had expressed concerns about Browning before Sampson’s death, but the ordeal still came as a shock.

“We are part of the community here in Orlando, and I feel terrible about the tragedy,” Sierer said. “I wish we could help in some way.”