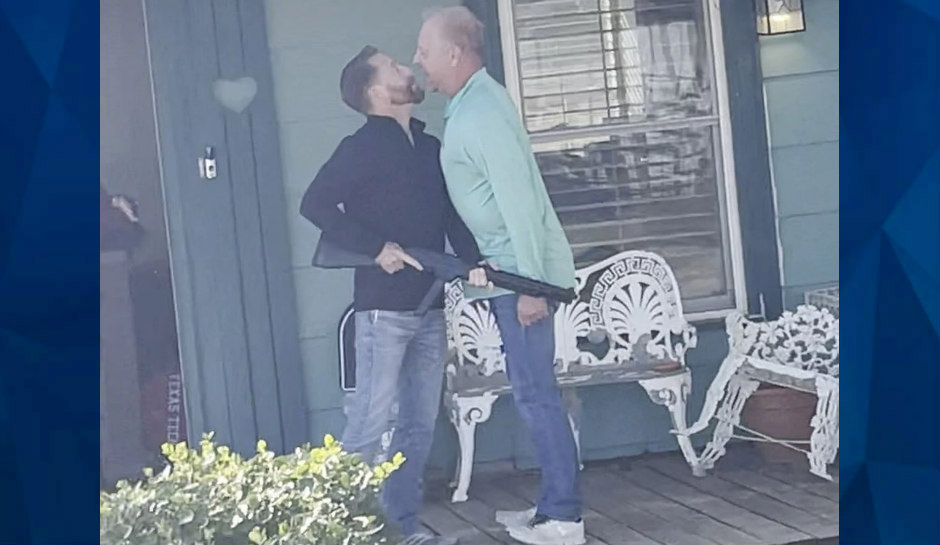 No charges will be filed against a Texas man who shot the ex-husband of his girlfriend, who arrived on his property last year, where the pair began arguing.

According to the Attorney General’s Office, the Special Grand Jury in Lubbock decided against charges for William Kyle Carruth, who shot Chad Read to death. News Channel 10 reports that the vote came in today after “several days of a thorough inspection of the evidence.”

Chad Read’s widow made a statement via her attorney following the announcement that Carruth would not be facing any charges.

”The criminal justice utterly failed Jennifer Read, the widow of Chad Read. Chad Read was involved in a heated discussion with his ex-wife concerning custody of his son. The video shows that Kyle Carruth injected himself into that discussion,” Tony Buzbee from The Buzbee Law Firm said.

“We believe there was no legitimate reason for Kyle Carruth to bring a deadly weapon to an argument that he wasn’t even a part of. Chad Read died unarmed, shot, and killed while simply trying to determine the whereabouts of his son. The civil matter has been on hold awaiting the outcome of the criminal proceedings. We will now aggressively pursue Jennifer Read’s claims in civil court.”

Carruth’s attorneys said that the case had “a thorough investigation from both the Lubbock Police Department and the Texas Attorney General’s Office, who were complete professionals.”

As CrimeOnline previously reported, Read was fatally shot during an argument with Carruth on November 5, 2021. The incident was caught on Carruth’s security camera after Read went to the home of his child’s mother for a custody exchange.

Read’s wife, Jennifer Read, accompanied him but appeared to have remained in the car. When Chad Read discovered that his son was not at the home at the scheduled time for pickup, he began to argue with the boy’s mother, Christina Read, in an exchange that was captured on the video that Jennifer Read released through her attorney.

During the encounter in the front yard of the home, Christina Read reportedly told Chad Read that their son was not at her home, but that she would get him.

Not every word of the conversation is audible on the video, but the audible parts of the exchange indicate that the boy might have been at his maternal grandmother’s home and that Christina Read may have told the boy’s father to come back for him at 6 p.m.

According to the report, the former couple shared two sons, ages 9 and 14.

Carruth emerged from the home with a rifle in his hand, telling Chad Read to get off his property. Throughout the video, country music can be heard playing, presumably from Jennifer Read’s car stereo.

“I’m glad this is on video, I’m very glad,” Carruth reportedly said, as the men stood close to each other, face to face with their chests touching. Neither man raised a hand to the other at the point, but Read reportedly dared Carruth to use his gun.

At that point, Carruth fired the gun at Chad Read’s feet, the men struggled over the weapon, and the argument became more physical, with Chad Read pushing Carruth away so that he stumbled backward.

A woman presumed to be Jennifer Read repeatedly said “Call 911,” but it is unclear who she was addressing.

Carruth is then seen firing two shots at Chad Read, who dropped to the ground.