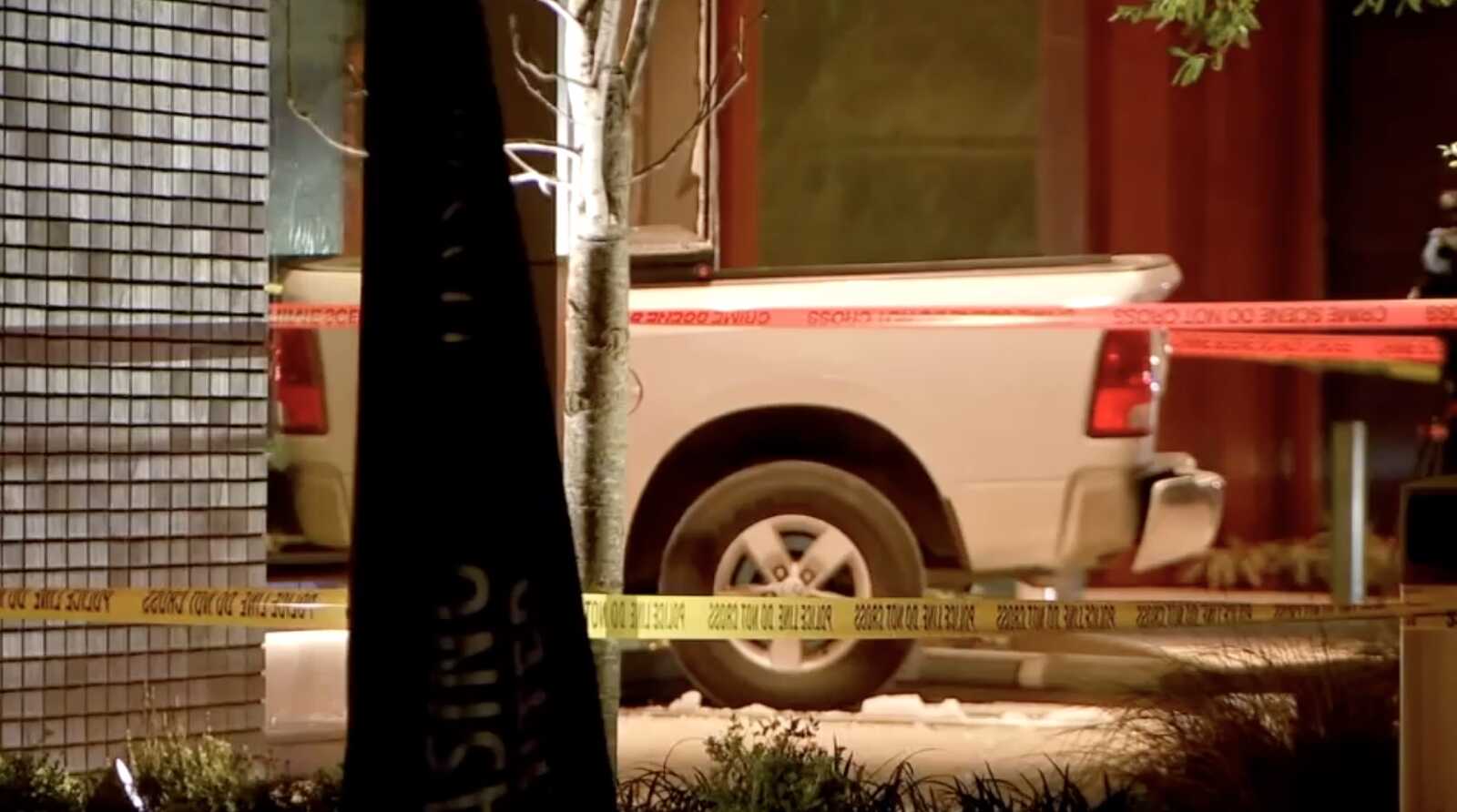 A chaotic scene unfolded early Tuesday morning in Houston as a man carjacked a construction worker, ran over him, and then crashed into the lobby of a high-rise apartment building.

A man inside the Hanover Autry Park building was stabbed, and the suspect was later shot by police officers who confronted him outside on the sidewalk.

The 59-year-old construction worker who was run over was pronounced dead on the scene, while the 51-year-old man who was stabbed was said to be in stable condition at the hospital.

Houston Police Chief Troy Finner said two officers shot at the suspect, who was in surgery, and both have been placed on administrative leave pending an investigation.

The chief said after running over the construction worker — who had been walking away from the carjacking scene when he was hit — the suspect rammed into the apartment building lobby, where a frightened concierge took cover in a secondary office. The suspect then backed up and drove into the secondary office “trying to gain access to the concierge,” Finner said.

At that point, the 51-year-old man came into the office area, and the suspect stabbed him in the back and apparently fled the building.

Patrol officers engaged the suspect outside on the street. The officers ordered him to put down the knife, Finner said, but he didn’t comply and instead charged the officers, who opened fire.

The suspect was hit at least twice, Finner said.

Finner said all of the suspect’s actions appeared intentional, but the investigation would make those types of determinations.

“You got somebody walking away from you … I don’t wanna say what’s going on in his mind [but] it’s a fact that he ran over him, and that gentleman is deceased,” the chief said.

The attempt to get to the concierge also appeared to be purposeful, he said.

“When you back up and then go into a secondary office, that’s intentional.”

While police didn’t identify the victims, KTRK said that the man who was stabbed was the apartment building manager and the concierge was his son.