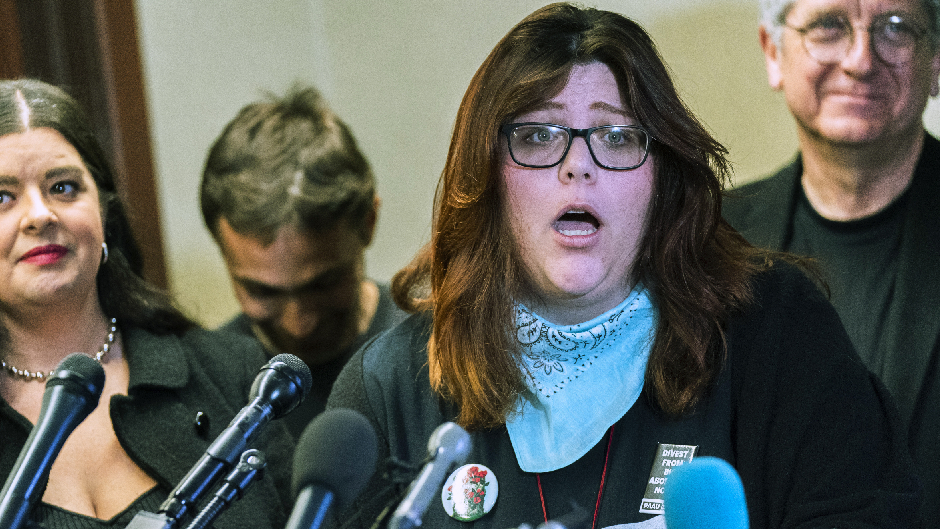 An anti-abortion group announced on Tuesday that a woman who was arrested last week after five fetuses were allegedly found in her Washington, D.C. apartment was actually in possession of 115 fetuses.

Progressive Anti-Abortion Uprising said their director of activism, Lauren Handy, 28, and other members encountered a driver from Curtis Bay Medical Waste Services as he loaded boxes containing biohazard materials into his truck outside the Washington Surgi-Clinic in Foggy Bottom on March 25. According to the group, the anti-abortion activists convinced the driver to hand over the box — which they claim contained 115 fetuses, the Washingtonian reported.

Progressive Anti-Abortion Uprising publicized a video (WARNING: GRAPHIC) that they claim shows members opening a box labeled “Curtis Bay Energy” and discovering the fetuses. They alleged that most of the fetuses were in early stages of gestation, except for five, which they said were at later gestational stages — in apparent violation of the federal Partial-Birth Abortion Act and the Born-Alive Infants Protection Act.

Progressive Anti-Abortion Uprising said a priest came to the home to bless and name the fetuses before 110 were buried in an undisclosed “private” cemetery, according to the Washingtonian.

Meanwhile, Curtis Bay Medical Waste Services told WUSA in a statement that it does not transport fetal remains. The company explained that fetal remains are classified as “unacceptable waste” which must be separated from other medical waste and burned or buried.

According to the Daily Beast, Handy and PAAU’s founder, Terrisa Bukovinac, said they arranged for the medical examiner to retrieve the five fetuses — which they allege had injuries consistent with a violent crime. The pair also claimed they tried to locate a private pathologist to examine the fetuses.

Last Wednesday, the Metropolitan Police Department reportedly found five fetuses at Handy’s apartment while responding to a tip regarding possible biohazard materials. Police Executive Assistant Chief Ashan Benedict said the fetuses were “were aborted in accordance with D.C. law,” so their criminal investigation does not concern that aspect.

Handy has pleaded not guilty to federal charges of conspiracy to block an abortion clinic. An investigation is ongoing.