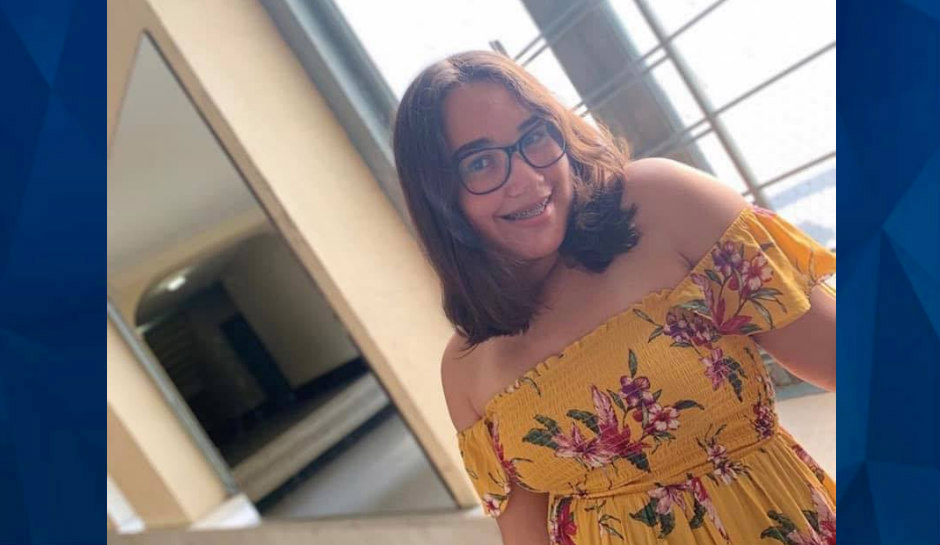 A 16-year-old girl was killed Friday afternoon when she and two other teens were caught in gunfire near a school in the Bronx, leaving the teen’s mother heartbroken and community members fearful about public safety, WABC-TV reports.

The teen who died, Angellyh Yambo, was an accomplished student and diligent teen who had a bright future, according to those who knew her.

“She was a beautiful soul. She was a straight-A student. She had her whole life in front of her,” Yambo’s aunt, Margarita Yambo, told the New York Post.

“She was a girl who went to school and came straight home. She was never in the street. She was one of the sweetest girls you’d ever meet.”

Investigators believe the shooter was standing on a corner arguing with another person across the street. The gunman reportedly fired six shots, at least some of which hit Yambo, a 16-year-old girl and a 17-year-old boy, each of whom were walking home from school.

An unidentified school superintendent heard the gunfire and ran outside, where they found the injured students.

“The kids were coming from South Bronx High School,” the superintendent, who was not named, told the New York Daily News. “The girl dropped by a red car and was dead. The other girl dropped further up the block. The other boy was hit, but he wasn’t bad.”

Yambo was struck in the chest and rushed by ambulance to Lincoln Hospital, but she did not survive.

Police do not believe that any of the teens were the intended targets.

Yambo’s mother arrived at the scene shortly after the shooting, according to the Daily News.

“The dead girl’s mother . . . the way she was screaming broke my heart,” the superintendent told the Daily News. “The first thing you think of is your own kids and you start bawling. It’s crazy out here.”

In a news conference, Police Commissioner Keechant Sewell said the gun was fired as part of a dispute involving “brazen criminals,” according to the Daily News, and he described Yambo as “a young woman with a bright future.”

Yambo was a student at University Prep High School, which is located about a block away from where the three teens were struck.

The other victims attend Mott Haven Village Prep High School, situated around the corner from the scene.

“She didn’t deserve to go at all,” Hazel Cheeseboro, Yambo’s friend, told the Daily News. “It’s all hitting me right now. She was a fun person to be around. She’s someone you could call if you have problems.”

Yambo and Cheeseboro had known each other since the two were in kindergarten. Yambo, who loved music, including Beyonce, had been busy applying for summer jobs in recent weeks, Cheeseboro told the Daily News.

Yambo and her siblings reportedly lived with their mother just blocks from the scene.

“Her mom is heartbroken,” Cheeseboro told the Daily News. “She’s trying to hang in there, but she just lost her daughter.”

As for the other victims, the 16-year-old was hit in the shin and the 17-year-old boy was struck in the buttocks. Both were in stable condition.

On Saturday morning, police had a 17-year-old suspect in custody, according to WABC-TV. Investigators had been working to identify the gunman using security camera footage.

Also Saturday, some of Yambo’s teachers were seen leaving flowers at the scene of the shooting, according to News 12.

In a statement, New York City schools chancellor David Banks sounded off on the shooting, calling it a “despicable act of violence,” according to the Daily News.

“As a father of four children, I can only imagine the immense pain these families are going through today,” Banks added, according to the newspaper.

Other children have died in recent weeks in separate stray bullet shootings around New York. A 12-year-old boy was killed on March 31 when he was shot while eating dinner inside a parked car in East Flatbush. On March 25, a 3-year-old girl was shot in Brownsville while her father was picking her up from daycare. Days before that, a bullet grazed the stomach of a 7-year-old girl on Coney Island.

Crime in New York City is up nearly 50 percent, according to the Daily Mail; shootings, in particular, have climbed 14.5 percent.