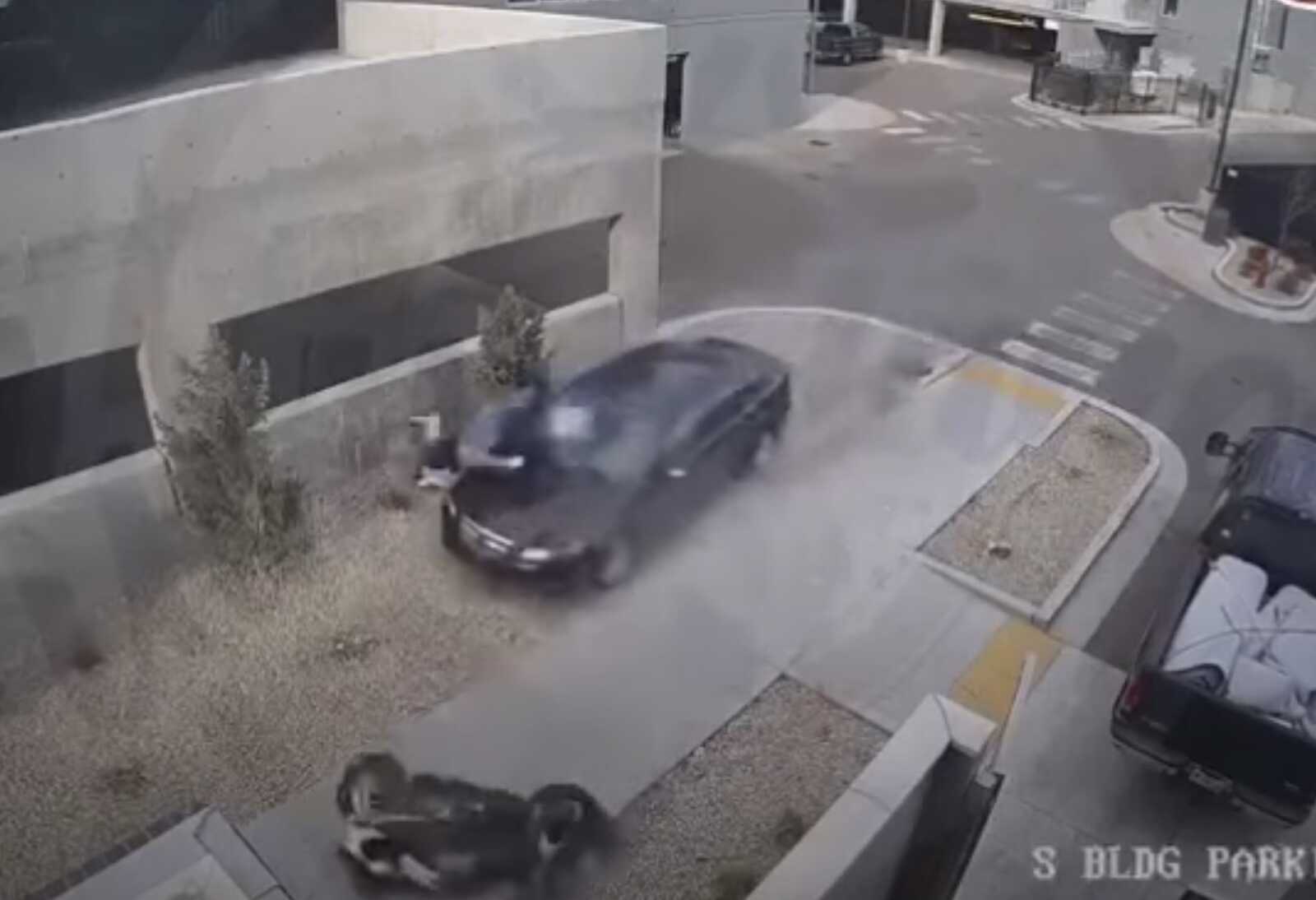 VIDEO: Driver SLAMS Into Parked Motorcyclist He Thought Was There To Kill Him

A Utah driver reportedly admitted intentionally hitting a man on a parked motorcycle with his car last weekend because he thought the motorcyclist was going to carrying out a “hit” on him.

Kenneth Eugene Cordova has been charged with felony attempted murder in the incident, and police said he is a “multi-state offender” with a history of convictions and violent behavior, KSTU reported.

Surveillance video shows the victim sitting on his motorcycle when the car comes barreling at him at a high rate of speed. The victim flies over the windshield, onto the roof, and then to the ground. The video cuts off as the driver gets out of his car and goes after the victim.

Miraculously, the victim was not seriously injured.

Arrest documents say the motorcyclist told investigators he heard the car coming at him, and when he looked up, he saw the driver with “a look of hate on his face.” He told police he’d never seen the man before and had no idea who he was.

Cordova fled the scene, and police found his vehicle about an hour later. On Thursday, they found Cordova and arrested him.

He told officers he had seen the victim just a few minutes before with a gun in his hand. He claimed he had a hit on his life since 2009 and believed the motorcyclist was going to kill him. So, he said, he decided to “kill or be killed.”

Police said there was no evidence the victim had a gun.