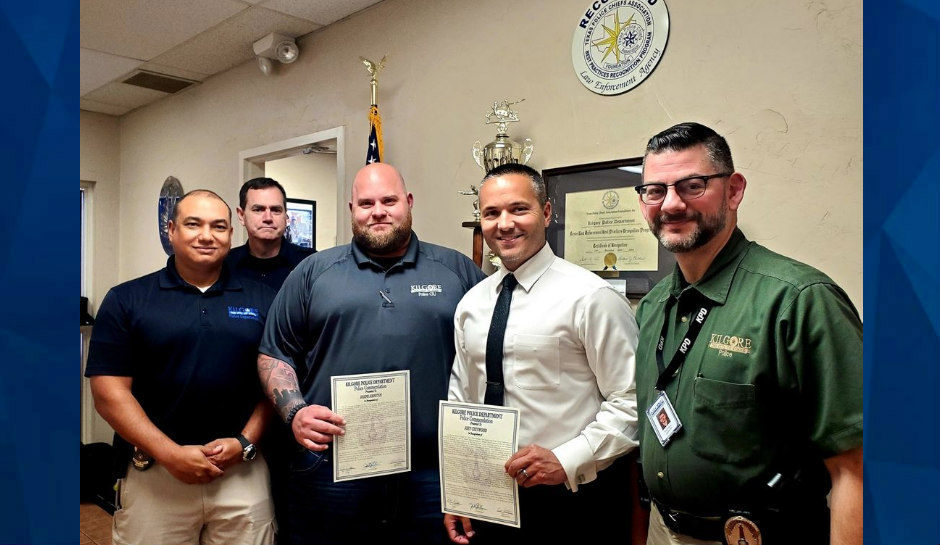 A pair of Texas police officers have been recognized for rescuing two children who were allegedly kidnapped and nearly vanished without a trace last year, KLTV reports.

On Friday, the Kilgore Police Department awarded commendations to Lt. Joey Chitwood and Cpl. Joey Johnston in honor of how they handled the case.

A woman had notified authorities that she thought she saw an abducted child who was the subject of an AMBER Alert at a Walmart in Kilgore, Texas, which is located between Dallas and Shreveport, Louisiana.

On a hunch, the officers went to a nearby hotel near Interstate 20.

“Using their intuition, they believed the abductor may have stayed in Kilgore that night and they wanted to check hotels before check-out time,” the police department wrote in a Facebook post. “They drove immediately to Motel 6 near I-20 and immediately saw the male abductor loading the car to leave.”

At the time, law enforcement believed that the suspect was armed and had forcibly abducted two children, ages 11 and 10.

Chitwood and Johnston took swift action to arrest the suspect and then removed the children from his car to keep them safe.

“How they picked the right hotel first only God knows (maybe they were guided),” the Facebook post reads. “One minute later, and the suspect is on I-20. We know their quick actions ended this abduction.”

As of Monday, the post had received nearly 800 likes and more than 100 comments.

“Good on that citizen for being so alert and ACTING on it,” one commenter wrote. “And for these officers quick thinking and action.”