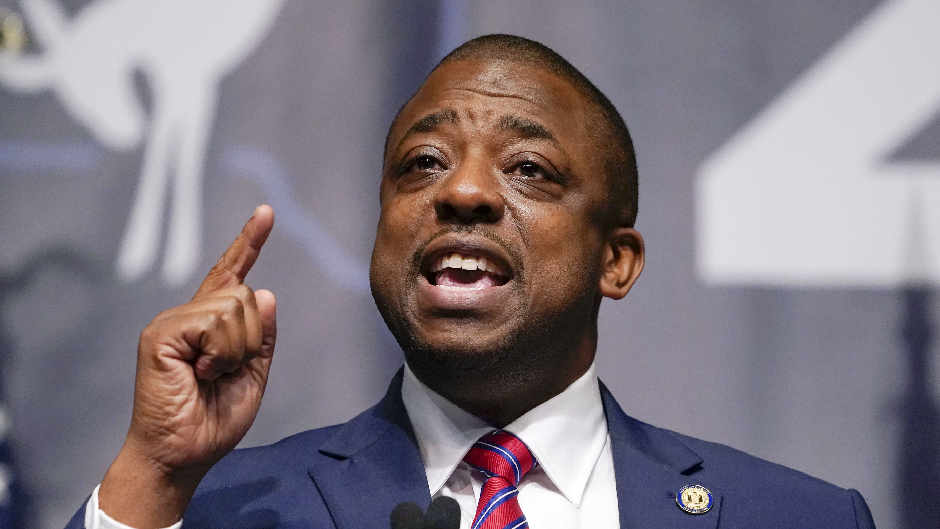 New York Lieutenant Governor Brian Benjamin is due in federal court on Tuesday after being charged with campaign finance fraud.

Benjamin allegedly tried to offer state funds to Harlem real estate investor Gerald Migdol so he could get thousands in illegal donations funneled into his unsuccessful 2021 campaign for New York City comptroller. Migdol told investigators about the scheme after his arrest in November for wire fraud, aggravated identity theft, and other related charges, sources told The New York Times.

Prosecutors said Migdol began contributing thousands in illegal donations to Benjamin’s campaign in October 2019. Migdol was said to have made the straw donations in other people’s names — including his toddler grandchild — without their permission. He also reimbursed other donors for their contributions, The New York Times reported.

After losing his bid for comptroller, Governor Kathy Hochul appointed Benjamin as Lieutenant Governor in 2021. Benjamin was previously a state senator for District 30, which covers Harlem, East Harlem, the Upper West Side, Washington Heights, Hamilton Heights, and Morningside Heights.

Sources told WNBC that Benjamin surrendered to police, though it is unclear when that occurred.