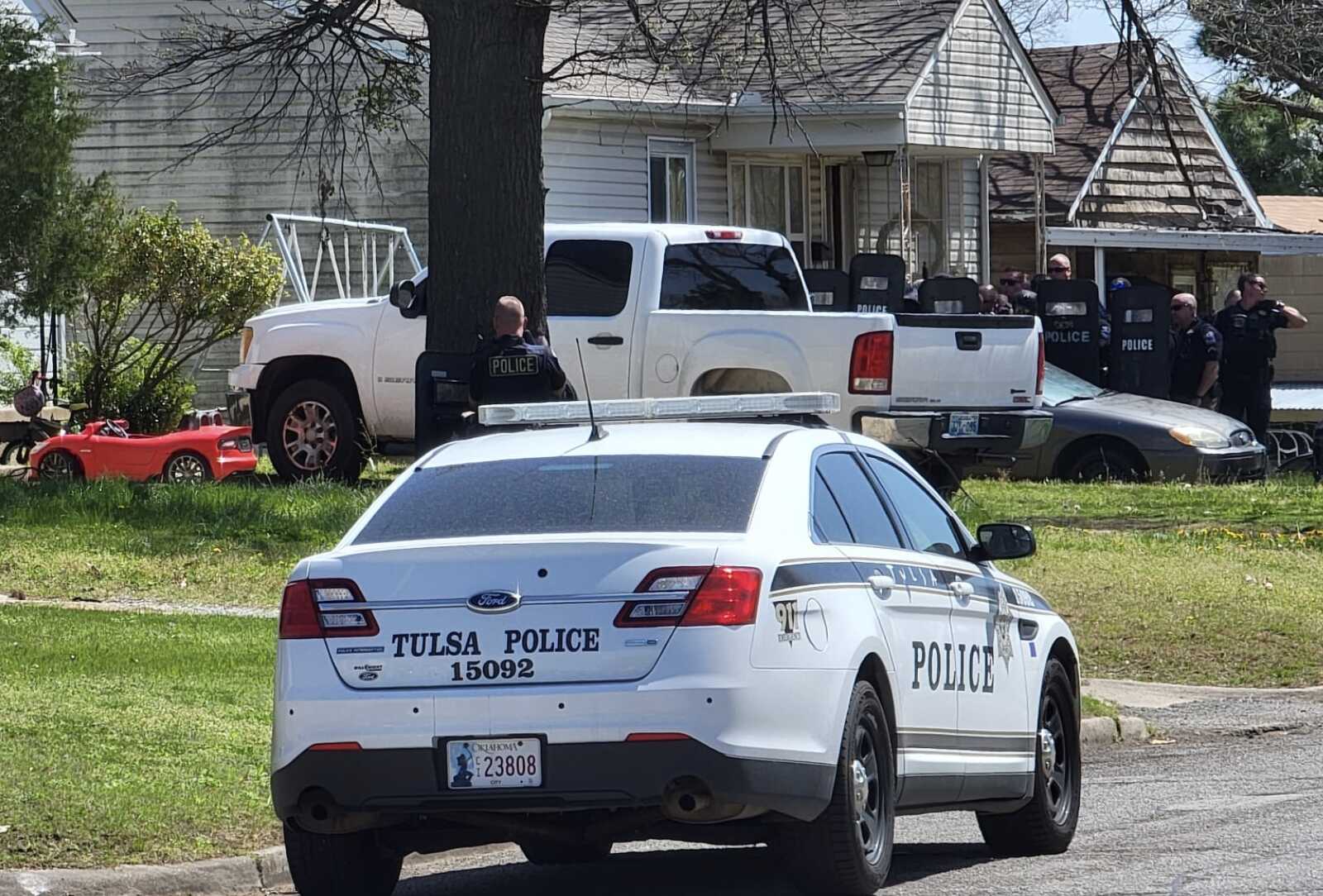 An hours-long stand-off in Tulsa ended just before 7 p.m. Wednesday with the suspect in custody, but a woman believed to be a hostage was found dead.

The suspect was shot in the shoulder when he stood in a doorway and taken into custody, the Tulsa World said.

KJRH identified the suspect as Jujuan Ballard. It’s not clear if Ballard had any connection with the woman inside the home, who has not been identified..

Police were called to the scene by a man who had been inside the home but was shot at least three times and got away, the World said. He reported the woman inside had been stabbed and being held hostage and  was taken by ambulance to a hospital, Tulsa Police Capt Richard Meulenberg said. Another relative said the man who called 911 was the brother of the woman inside the house.

Firefighters were the first on the scene, and knocked at the door, asking if someone was hurt inside. The man who answered said no, but officials saw a little boy in the bed of a pickup truck in the driveway. The boy said his mother was inside and was hurt.

The firefighters went back to the house, and this time the man drew a gun on them. They grabbed the boy and got to safety.

Police officers arrived at the scene and the man inside shot at them. A ricocheting bullet grazed one of the officers, but he stayed in the field working.

At one point the man’s father was on the phone pleading for him to give up. The man hung up when he asked him to get the woman on the phone.

More shots were fired during the course of the afternoon until the gunman appeared in the doorway at about 6:45 p.m. and an officer shot him.

A middle school nearby was put on lockdown during the standoff.