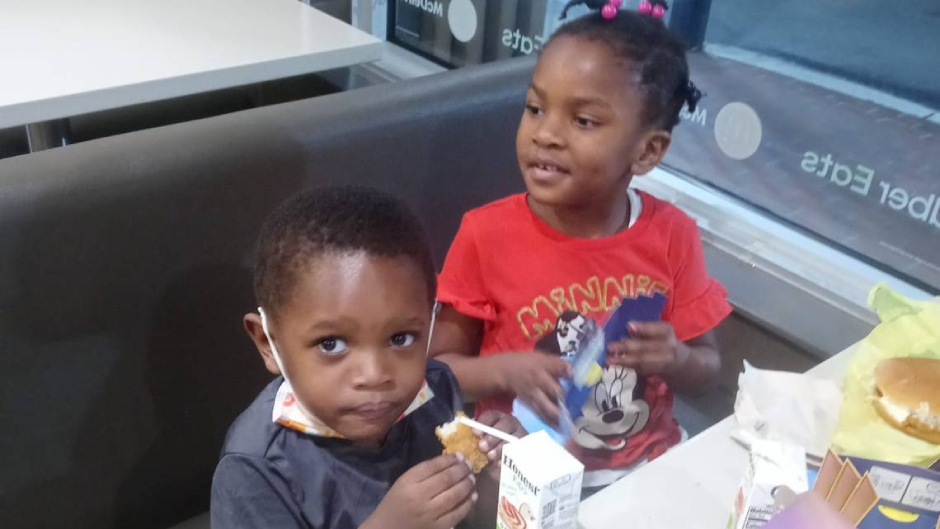 ‘I Don’t Want Them Anymore’: Mom Strangled 2 Kids With Ribbon, Tied Them Together by Their Necks, Arms & Legs

A Florida woman is facing first-degree murder charges for the deaths of her son and daughter, who were reportedly found strangled at their home on Tuesday.

The Miami Herald reported that police found Laural Belval, 5, and Jeffrey Belval, 3, dead at their Little River home after their mother, Odette Joassaint, 41, told responding officers, “Come get them, I don’t want them anymore.” Joassaint allegedly confessed to strangling her two children with a red ribbon after tying them to one another by their necks, legs, and arms.

According to WSVN, Miami Fire officials said someone called 911 multiple times Tuesday night but hung up. Responding officers reportedly found Jeffrey and Laural Bevel hogtied and lying facedown on a bed at the home. They tried to revive the pair without success.

Miami police spokesperson Michael Vega said Joassiant was “irate” and appeared to be experiencing a mental health crisis. At some point, she allegedly told cops that she was having financial issues.

Police wrote that Joassiant said, “her kids were suffering and that they would suffer less if they were dead.”

The slain children’s father, Frantzy Belval, told the Miami Herald that the kids lived with Joassaint full time but he typically saw them once a week on Saturday. Belval portrayed Joassaint as a mentally ill mother who had not worked for a year and wanted to move back in with him, something he said he refused.

“I told her, ‘You are crazy. You create too much problems,’” the father commented.

However, the Miami Herald reported that Joassaint was arrested in 2017 for biting Frantzy. Though cops determined she was the aggressor, prosecutors ultimately dropped the battery charges against her.

Two years later, Joassaint with their toddler son when Frantzy was arrested for striking her for being on the phone too long. Frantzy was charged with aggravated battery as Joassaint allegedly sustained a swollen eye and a small cut on her lip. Joassaint refused to provide a statement and prosecutors did not pursue criminal charges, according to the Miami Herald.

In turn, Joassaint sought a restraining order against Frantzy, alleging repeated abuse. She accused Frantzy of pulling a gun on her and threatening to pour boiling water on her. Though a permanent injunction was issued, it was ultimately withdrawn because Joassaint informed the court that she sought to “reconcile for our children’s well-being,” the Miami Herald also reported.

It is not immediately clear how the Department of Children and Families had been in contact with the family, but Joassaint mentioned their involvement in her restraining order petition.

According to WBFS, Vega said police had been called to the home multiple times in the past for trespassing, disturbances, and domestic violence, but Tuesday was the first time the call pertained to children.

Meanwhile, a woman who claimed to be the children’s godmother told the news outlet that Joassaint had mental health issues and that she begged her to let her adopt the kids if she felt overwhelmed.