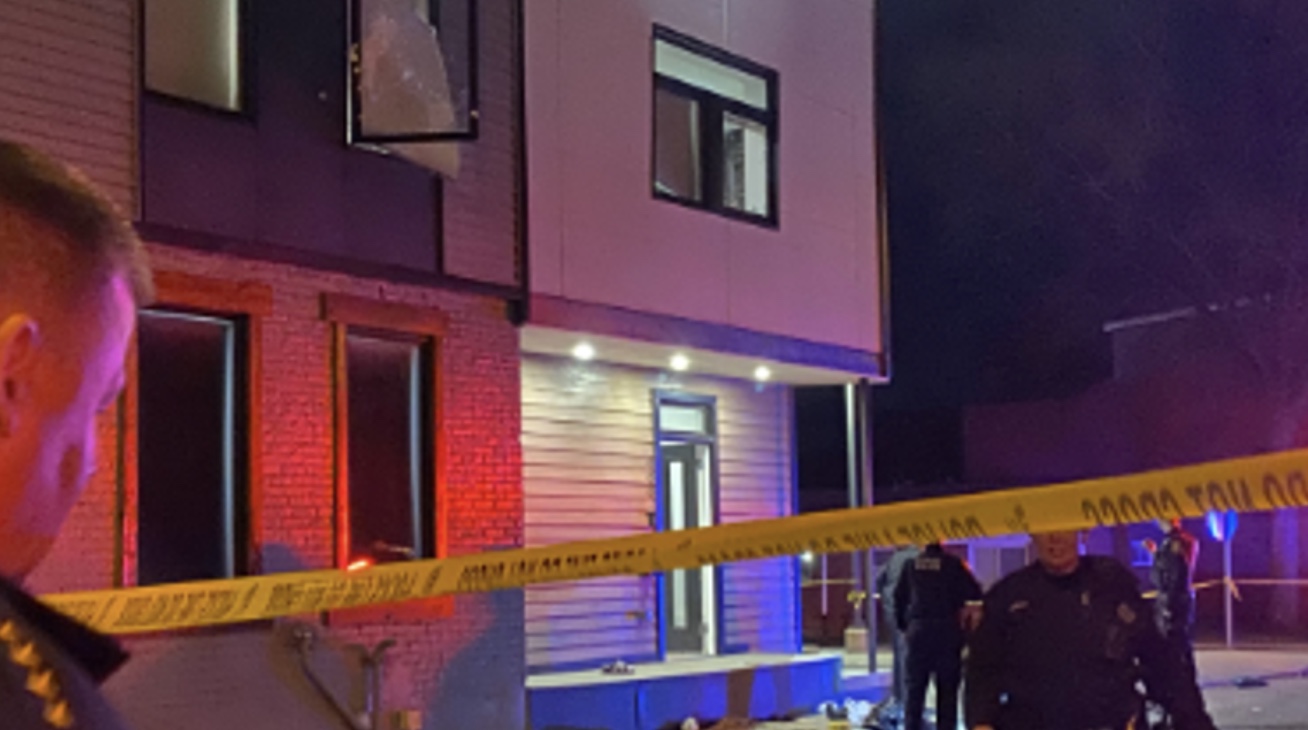 Eight more people were wounded in the shooting, and five were injured trying to flee the second story party.

Two boys were killed and eight other people wounded in a shooting early Sunday morning during a house party at a Pittsburgh Airbnb.

Officials said as many as 200 people — the “vast majority” of them under 18 — crowded into the upstairs unit of the North Side rental property, police said. More than 90 shots were fired at about 12, according to ShotSpotter data, and first responders heard the last few shots fired as they arrived on scene, WTAE reported.

Police Police Chief Scott Schubert said “we know there was a lot more than that between inside the structure and outside.” Police were seen at as many as eight separate locations within a few blocks around the home. Schubert said that first responders found a “very chaotic” scene.

Schubert said Sunday afternoon that some kind of altercation occurred during the party, sparking the shooting. In addition to the 10 people shot, five more were injured trying to flee the scene, at least two of whom broke bones jumping from second story windows, the Associated Press reported.

“We’re not going to sleep until we get who did this,” the chief said. “This shouldn’t have happened. We’re sick about it. We’re going to do everything we can to get those responsible for it.”

By Sunday afternoon, police still had no suspects and no motive for the shooting.

In the aftermath of the shooting, neighbors found car windows shot out and even blood on their vehicles. Mitchell Wilston told the AP that he and his wife had left the neighborhood as the party was getting cranked up and that the neighborhood was full of cars parked the wrong way.

“It was so obvious that there was going to be a problem — there was a line of 14-year-old kids trying to get into this place,” he said, adding that there’d never been a problem with rentals at the location before.

It was Wilston’s wife’s white car smeared with blood, he said.

Airbnb has been cooperating with the investigation and has permanent banned the person who booked the property, the Pittsburgh Post Gazette reported. The company said that the property owner’s listing specifically bans parties and has a noise curfew between 10 p.m. and 7 a.m.

A family that had rented the downstairs unit told WTAE that they left and went to a hotel when the party started. Stephen Long, who owns the downstairs unit but not the upstairs, told that station that there’s generally a limit to the number of people allowed to stay.

“Two hundred people is a lot,” he said. “There’s usually a limit. For Airbnb, we would do, maybe, six to eight guests maximum, so I’m not sure how 200 people got in upstairs being undetected.”