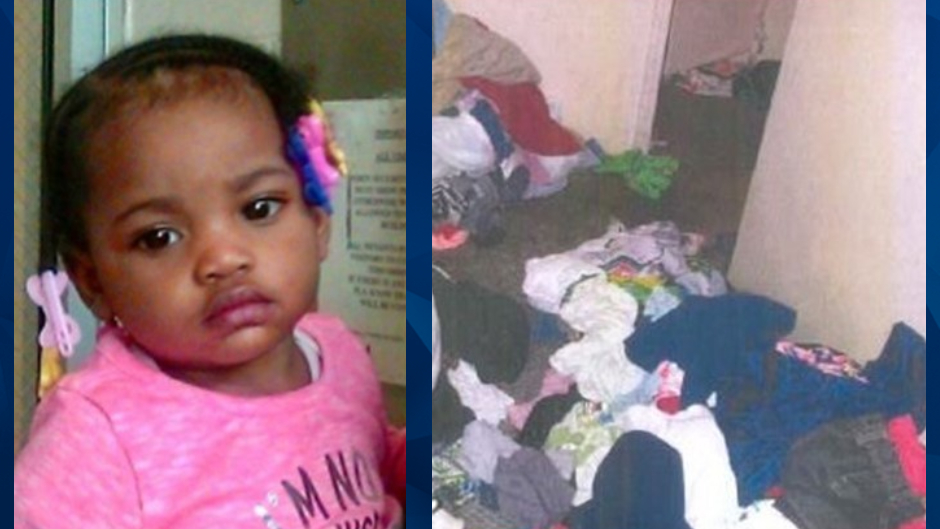 After 41 DCF Visits, Toddler is Found Dead Under Couch in Filthy, Roach-Infested Home

On Thursday, Illinois officials said they will pay $6.5 million to the estate of a 17-month-old girl who died in 2017 after a Department of Children & Family Services contractor allegedly failed to report substandard conditions at her home a day before her death.

Sema’j Crosby was found dead under a couch in her family’s Preston Heights home on April 26, 2017. A lawsuit stated that two days earlier, a Children’s Home and Aid caseworker visited the home and observed bedbugs, roaches, and vermin, according to the Chicago Sun-Times.

A DCFS intern caseworker visited the home a day after that meeting. Crosby was reported missing hours later.

The Sun-Times reported that Crosby was found dead under a couch at the home the next day. Her death was ruled a homicide by smothering, though nobody has been arrested in connection with her death.

According to WLS, evidence was destroyed when Crosby’s house was lit on fire days after her death.

Children’s Home and Aid is contracted by DCFS. The agency visited the home 41 times in the eight months leading up to Crosby’s death, WGN reported.

The lawsuit, filed in April 2019, alleged that DCFS failed to report deplorable and dangerous conditions at the home, conduct background checks on residents, and investigate multiple neglect and abuse allegations.

WFLD reported that the multimillion-dollar payout will go to Crosby’s four siblings and her father, who was jailed at the time of the toddler’s death.