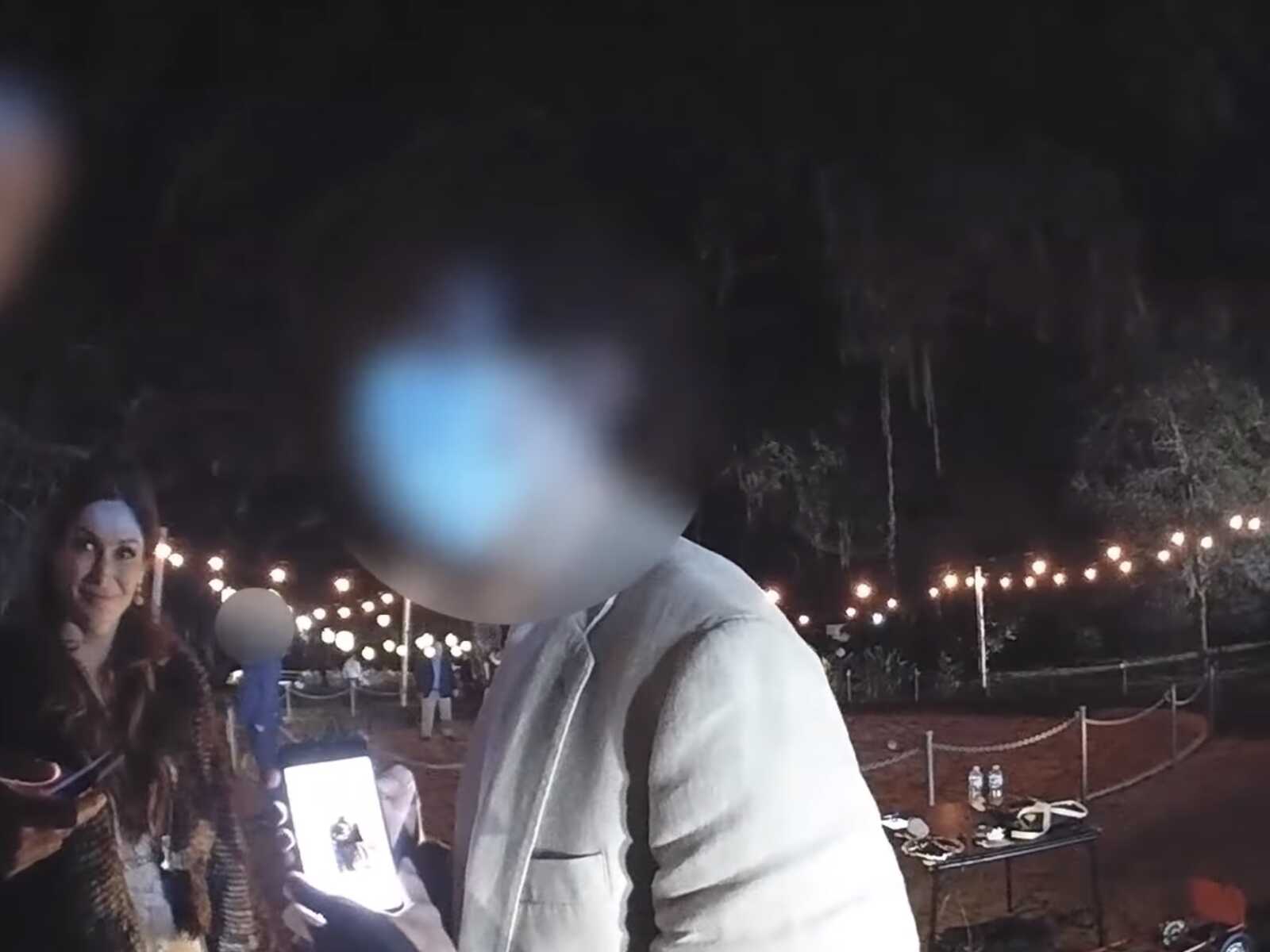 A Florida bride and her caterer have been arrested and face charges of lacing food with marijuana at the wedding.

Several guests at the wedding called 911, reporting that they were feeling ill. One man said he “felt like he had drugs inside him,” and others said they were certain the food contained marijuana edibles, WESH reported.

Danya “Shea” Glenny, the bride at the February 19 wedding, denied putting cannabis in the food, according to an incident report.

Police body camera footage shows deputies arriving on the scene and telling catering employees not to put anything away, talking with guests, and later, talking with the groom and bride, who says little and smiles in the background.

In affidavits filed as part of the investigation, detectives detailed guests feeling heavily drugged and saying they were not warned the food was drugged. Once guest reported having trouble operating a cell phone, and another told investigators she thought she might die. Another guest told detectives that she had asked Glenny if there was marijuana in the food and was told “yes,” NBC News reported.

Several guests were taken to hospitals and tested positive for THC, the active element in marijuana.

One guest, Miranda Cady, told WESH that she was so stoned she slept in her car that night in the parking lot before driving home.

Cady said one man at her table at one point asked, “Are we stoned right now?”

“And everyone was just kind of looking around each other laughing and we absolutely were,” she said. “We were high as a kite, out of our minds.”

‘After a two-month investigation, Seminole deputies had the information they needed. The food collected from the wedding that night tested positive for THC, and Glenny and 31-year-old Joycelyn Bryant, the caterer, were arrested. They face charges of reckless tampering, culpable negligence, and possessing marijuana.

The state prosecutor is still considering whether to file formal charges.

Glenny’s attorney told WESH that neither he nor Glenny were commenting on the case, and the station didn’t receive a response from the caterer.

The New York Daily News reported that both women posted bond and are due back in court in June — and that some of the guests have indicated they may sue.