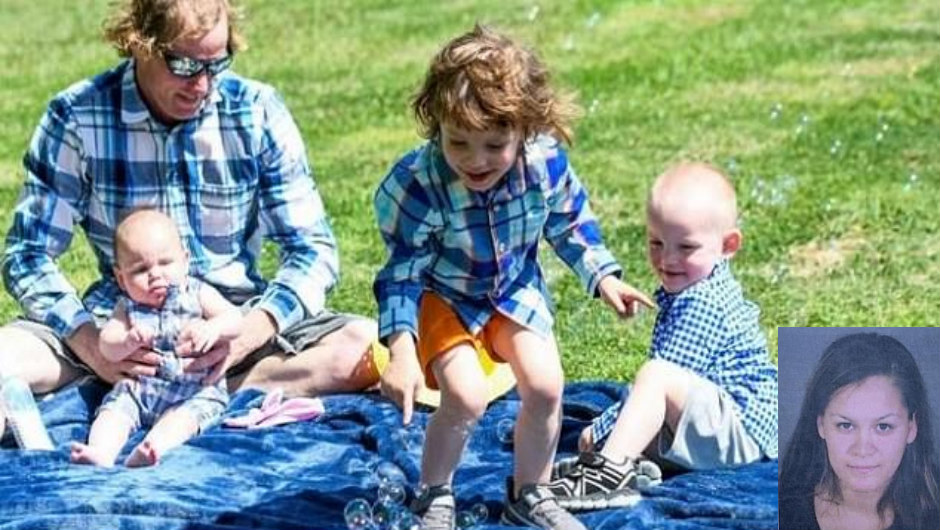 A California man whose three young children were murdered by his former girlfriend sued police and social workers this week alleging that they ignored repeated red flags and failed to do their jobs, CBS News reports.

On Thursday, Erik Denton filed a lawsuit in Los Angeles Superior Court against the Los Angeles Police Department and the county Department of Children and Family Services.

The suit comes more than a year after the children’s mother, Denton’s ex-girlfriend Liliana Carrillo, drowned the three kids in a Reseda apartment in April 2021. The victims were 3, 2, and 6 months old.

Carrillo later fled nearly 200 miles north to Tulare County after the killings, at one point carjacking a vehicle. In a jailhouse interview, she told KGET-TV that she drowned her children to “protect” them from alleged abuse during a custody dispute.

“I drowned them. I did it as softly, I don’t know how to explain it,” Carrillo told KGET-TV. “I hugged them. I kissed them. I was apologizing the whole time. I loved my kids.”

“I didn’t want them to be further abused. I loved my kids. I wish this didn’t have to be the case, but I promised to protect them.”

Denton had sought custody of the kids last year, alleging that Carrillo was dealing with mental health issues and that her behavior was unstable and erratic. Denton alleged that Carrillo was seeing hallucinations, becoming paranoid, suffering from psychotic episodes and refused to tell him where the children were located.

Carrillo later sought a restraining order alleging that Denton was an alcoholic and accused him of potential sexual abuse of the children.

As the custody proceedings lingered, records show a continual devolution of the situation, with police and social workers getting involved and alarming statements being made in text messages and on Facebook, according to the Associated Press.

Prosecutors have charged Carrillo with three counts of homicide. She is being held on more than $6 million bail as the case proceeds.

The lawsuit alleges that LAPD officers and county social workers ignored repeated warning signs about Carrillo, failed to investigate properly and did not share their investigative findings with other agencies as required by law.

The lawsuit alleges that authorities had at least 18 contacts with Carrillo that they were required to report and did not, according to CBS News. And although Child Protective Services twice visited Carrillo and the children, the visit was not formally documented until just days before the murders, the lawsuit asserts.

“The murders of Erik’s three children would have been prevented if law enforcement officers and child welfare workers did what they were required to do by law, which is to step in and protect children who are at risk of abuse or neglect,” attorney David S. Casey, Jr., who represents Denton, said in a written statement, according to the AP.

The Los Angeles County Department of Children and Family Services would not comment on the allegations but said it remains committed to protecting the vulnerable.

“Our mission to protect children is one we share with our partners in law enforcement and the community,” the agency said, according to the AP. “We remain fiercely committed to strengthening our community partnerships to enhance the safety net for children and families.”

Denton’s cousin, Teri Miller, an emergency room physician, allegedly provided reports about Carrillo to the LAPD amid the custody dispute. Miller told KCBS-TV last year: “It didn’t have to be like this. If she had gotten the help she needed, we wouldn’t be here.”