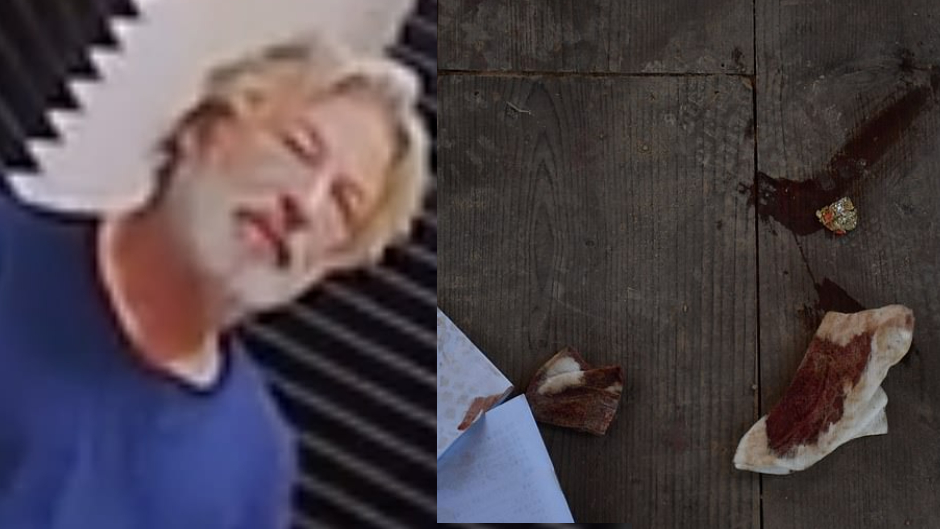 Daily Mail obtained images that not only show Alec Baldwin, 63, being interviewed by Santa Fe County police after the October 21 fatal shooting, but graphic photos from the scene of the shooting which left Hutchins dead and director Joel Souza injured. Police also released footage of Baldwin rehearsing with the gun the day of the shooting.

At the time of the police interview, Baldwin was apparently aware of Hutchins’ hospitalization but unaware she had died. He told officers that he believed the gun was cold when he was rehearsing a cross draw. He has also denied pulling the trigger, according to the Daily Beast.

‘I take the gun out, as it clears – I turn and cock the gun and the gun goes off. It’s supposed to be a cold gun,” Baldwin reportedly told police. “Bang, she hits the ground. [Souza] goes down, screaming going Jesus Christ!”

The actor was reportedly showing how he was going to pull the gun from the holster when the weapon fired in a mock church pew at Bonanza Creek Ranch — fatally shooting Hutchins in the chest and wounding Souza in his shoulder. The bullet traveled through Souza’s shoulder before striking Hutchins.

On the day of the shooting, six camera crew members reportedly walked off the set due to issues with housing and payment. A witness said the six crew members were threatened with security if they did not leave and they were replaced with three non-union members.

Last week, the state of New Mexico fined Rust Movie Productions $137,000 for “willful” lapses in safety protocols. However, no criminal charges have been filed in connection with last year’s deadly shooting.

According to the Daily Beast, authorities said they still do not have ballistics reports. An investigation is ongoing.