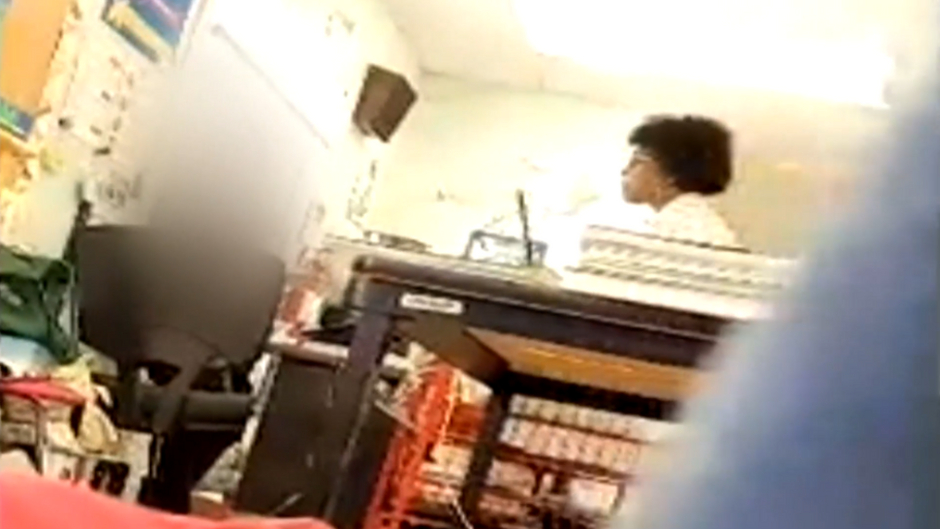 A Florida teacher was arrested on Friday for allegedly striking a 12-year-old student with a broomstick several times.

ESE teacher Cyntyche Darling Lundy, 49, was also fired from Forest Grove Middle School in Fort Pierce, where the April 19 reported incident occurred. Students and staff said they witnessed Darling Lundy sweeping in her classroom when the broom handle broke — leading the victim to grab the handle and run with it, according to WPTV.

Darling Lundy reportedly cut her hand while taking the handle from the student. The student claimed Darling Lundy hurled the handle at him, but missed and broke a computer screen. She allegedly then chased the student between two desks and hit him with the broom on his arm, leg, and hand.

According to WPTV, a video posted to Snapchat shows Darling Lundy striking the 12-year-old before he collapses and screams.

A Florida teacher was charged with child abuse and fired after a video was released showing her beating a young middle school student with a broken broom handle. GRAPHIC VIDEO Story to follow. pic.twitter.com/ZxgoaRNTI5

Darling Lundy allegedly claimed she did not write up the student because it was a “playful interaction.” She also said she later gave him chewing gum and, the next day, asked for a hug.

WPEC reported that the Forest Grove student involved in the incident has ADHD.

“It’s wrong, it’s called abuse,” the boy’s mother told the news outlet. “How would you feel if you watched your child get that type of treatment from a teacher that said she cared about my son? She told me this.”

Darling Lundy is charged with child abuse. She bailed herself out of jail three hours after her arrest on Friday.