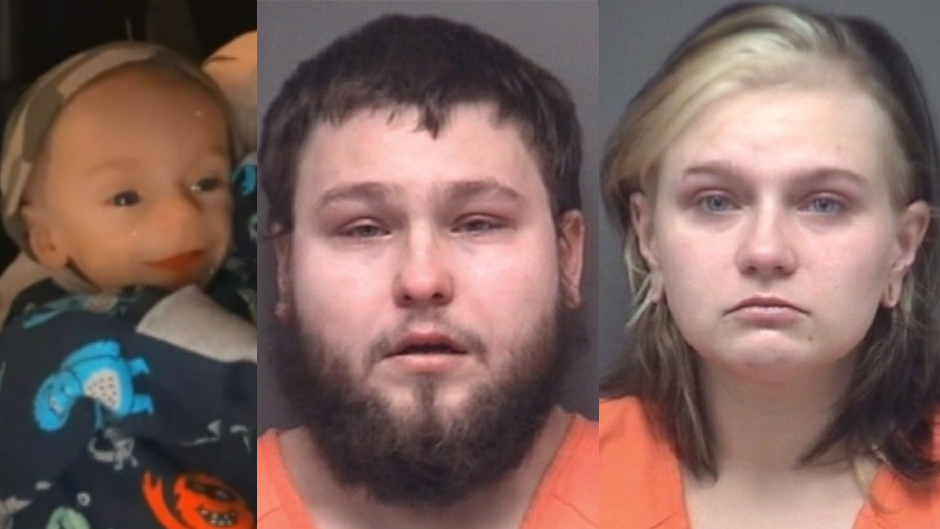 2-Month-Old Starved to Death By Parents Who Claimed They Forgot to Feed Him: Cops

An Indiana couple was arrested on Tuesday, two months after their 2-month-old son reportedly starved to death while in their care.

On February 15, first responders found Silas Chance-Kent Scott deceased at a home in Warrick County. The baby was born healthy and had no underlying medical conditions, according to WFIE.

The baby’s mother and father, Caylin Monroe, 23, and Jakob Scott, 22, are charged with murder and neglect of a dependent resulting in death. Monroe allegedly admitted that she would forget to feed her son if he was quiet.

WFIE reported that the Department of Child Services had prior involvement with Monroe due to an incident regarding another child. She reportedly maintained a feeding log after that ordeal.

Scott allegedly told police that his son did not eat if he did not cry. He also could not recall the last time he ate. The 2-month-old died with an empty stomach, per an autopsy report.

According to WFIE, Monroe told police that she never took her son to the doctor despite her mother and a friend suggesting there was something wrong with the baby. Monroe allegedly admitted that she did not get medical care for her son because she believed she would lose her children.