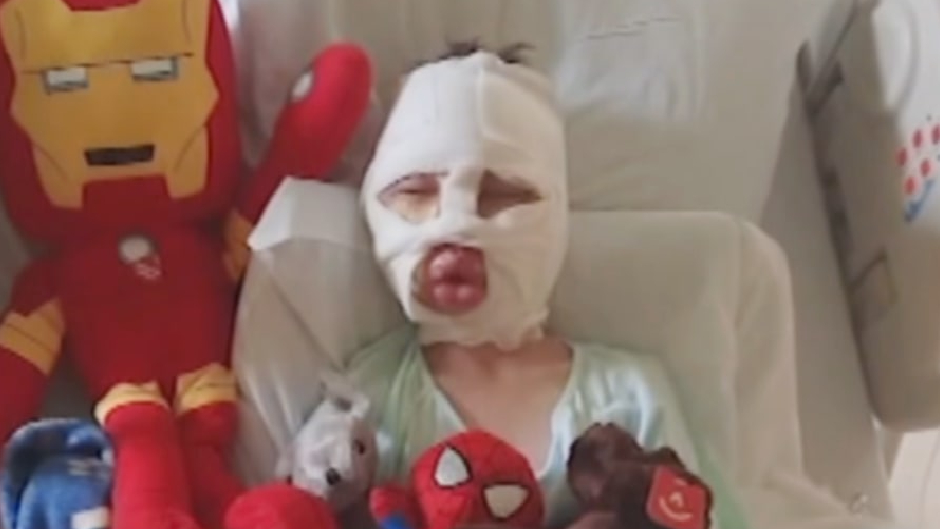 A 6-year-old Connecticut boy was severely burned on Sunday when he was reportedly struck in the face with a tennis ball that had been doused with gasoline and lit on fire.

According to WNBC, Dominick Krankall suffered second- and third-degree burns to his face and legs in the attack which occurred in Bridgeport. Police said they are investigating claims about four unattended children playing with gasoline and lighting objects on fire.

Krankall’s sister, Kayla Deegan, told WNBC that her brother was playing in the backyard of their home with other children who live below them. As the children played, an 8-year-old boy reportedly got into a shed on the property and obtained some gasoline and lighters.

“As soon as he walked down the stairs, the bully called his name and lured him over around the corner, and in a matter of seconds, he came back around the corner screaming, saying ‘Mommy, they lit me on fire,'” Deegan alleged.

According to Deegan, the 8-year-old had poured gas on a tennis ball, lit it on fire, and threw it at Krankall’s face. The boy reportedly watched as Krankall was burned.

“My son has been bullied by this child for a year,” Krankall’s mother, Maria Rua, told WTNH. “That day, they purposefully threw a gasoline-saturated ball that they lit on fire at my son’s face. They called his name so he would turn around. They threw it at Dominick and left him outside alone to die.”

Rua claimed that her son was not playing with fire at the time of Sunday’s incident.