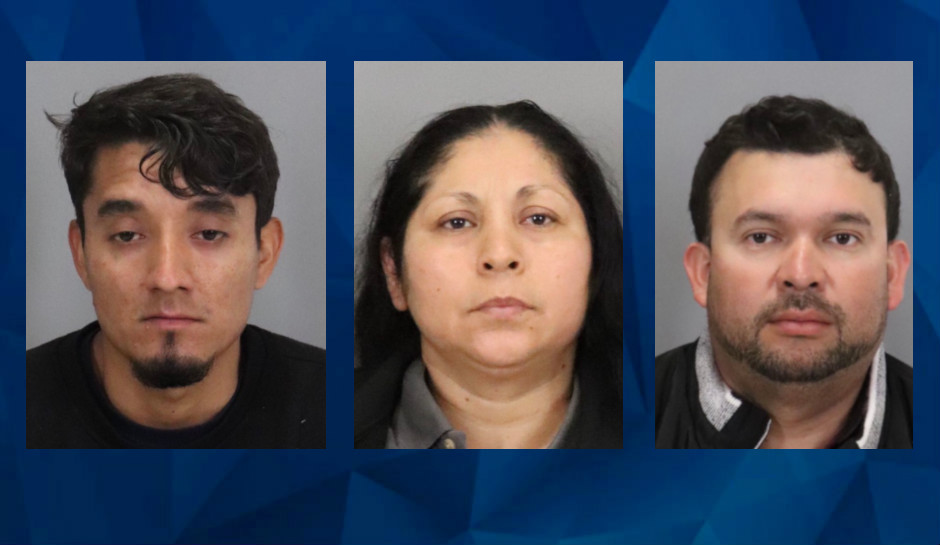 The tot’s grandmother took him inside her apartment, then went back out to get her groceries. That’s when the kidnapper struck.

Police in California have identified the three suspects arrested in connection with a brazen, broad-daylight kidnapping earlier this week, and one of them was a friend of the family.

Family members said earlier they didn’t recognize the man caught on camera walking away with the 3-month-old baby boy, but the grandmother did know another suspect — 43-year-old Yesenia Guadalupe Ramirez.

Ramirez, in fact, had driven the baby and the grandmother to run errands before the kidnapping, The Mercury News reported.

The infant was snatched out of the grandmother’s apartment while she was downstairs unloading groceries after the errands. Ramirez had been named a “person of interest,” and police said she changed her statements several times, prompting investigators to deem her “suspicious.”

The two other suspects were identified as Jose Roman Portillo, 28, and Baldomeo Sandoval, 37. San Jose Police said that Portillo was the man seen walking away with the baby in surveillance video, but police don’t know if he or Sandoval had a relationship with the family. Police said they don’t yet know understand Sandoval’s role in the kidnapping.

The baby was found in Portillo’s home as police executed a search warrant.

The suspects are due in court for an arraignment Thursday afternoon. They’ve been charged with kidnapping, conspiracy to commit kidnapping, child abduction, and home invasion, according to San Jose Police Sgt Christian Camarillo, who said that charges could change as the investigation continues.

Camarillo said the baby was checked out at a hospital before being reunited with his family.

“The baby seemed happy in good spirits back with mom. She was very, very relieved,” Camarillo said. “It’s triumphant for our police department, for the city, for our community. I grew up in an era where missing kids ended up on milk cartons because they were never found and who knows what happened to them. As a parent, you think worst case.”