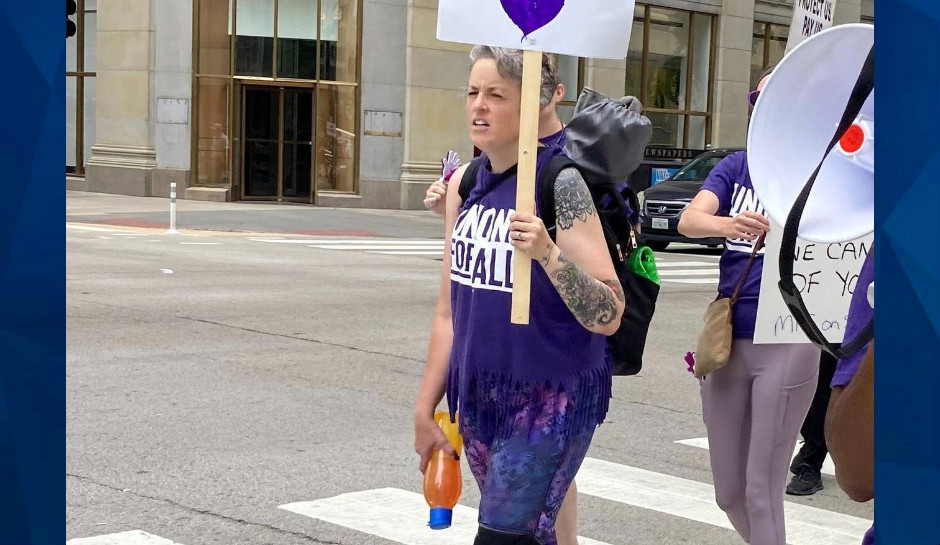 Estranged Husband Shoots Woman Dead in Front of Target Store, Then Turns Himself In

A beloved mental health worker and union steward was shot to death by her estranged husband Wednesay morning outside the Target store at Chicago’s Brickyard Mall, police said.

Jennifer Hamilton, 47, was rushed to Loyola University Medical Center, where she was pronounced dead, the Chicago Tribune reported.

Her husband, 50-year-old Alphonso Hamilton, walked into the Schiller Park police station just after the attack and told officers he’d “just shot somebody” at the mall.

Chicago police said Jennifer Hamilton was outside when her husband approached and started shooting. She was struck by multiple bullets.

WLS reported that the Hamiltons lived just across the street from the parking lot where the shooting took place and that Jennifer Hamilton was in the process of moving out. She was a mental health specialist  at Cermak Hospital at the Cook County Jail and the steward for her union, SEUI 73.

“Our union is devastated over the tragic loss of our dear member and union steward Jennifer Hamilton,” union President Dian Palmer said.

“For the past four years, Jennifer was a staunch advocate for her patients and for her union sisters and brothers. Jennifer had a sincere passion for her work in mental health. When you spoke with her, you understood her commitment to providing the best care possible for her patients, before and throughout the pandemic,” Palmer said in a statement. “Her tragic death will be felt by everyone whose lives she touched.”

Alderman Gilbert Villegas, whose 36th ward includes the shooting scene, called the death “heartbreaking” and said he felt “it could’ve been prevented.

“It’s tragic, because there were clues and hints this violence was occurring,” he said.

Alphonso Hamilton has been charged with first degree murder and is expected in bond court on Friday.