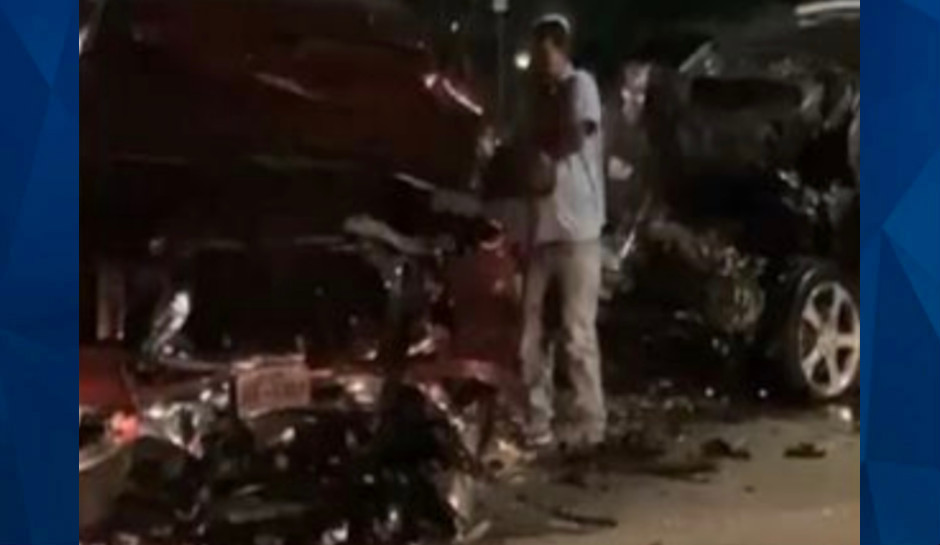 Head-On Crash Kills 2 teens in SUV; Driver of Other Vehicle Flees on Foot

Dallas police are looking for the driver of a pickup truck that rammed head-on into an SUV Friday night, killing two minors and injuring three others.

The crash took place just after 9 p.m. near Carolyn G. Bukhair Elementary School in north Dallas. Police said the 2009 GMC Sierra pickup was traveling south at a high rate of speed and moved into the north bound lane to pass another vehicle, slamming into the SUV.

The driver ran away.

The victims were later identified as siblings 16-year-old Crystal Pineda, 16, and Andres Pineda, 15.

Five juveniles in the SUV were taken to nearby hospitals. The driver and front passenger were later pronounced dead; the other three suffered non-life-threatening injuries.

On Saturday afternoon, Dallas police described the driver of the truck as “a chubby built Latin male, possibly in his 40s who was last seen wearing a light-colored shirt and pants.”

They asked anyone with information to contact Det. Kenneth Watson at kenneth.watson@dallascityhall.com, case #075383-2022.

[Featured image: Crash scene, police did not say if the man in the photo was the driver of the truck/Dallas Police Department]