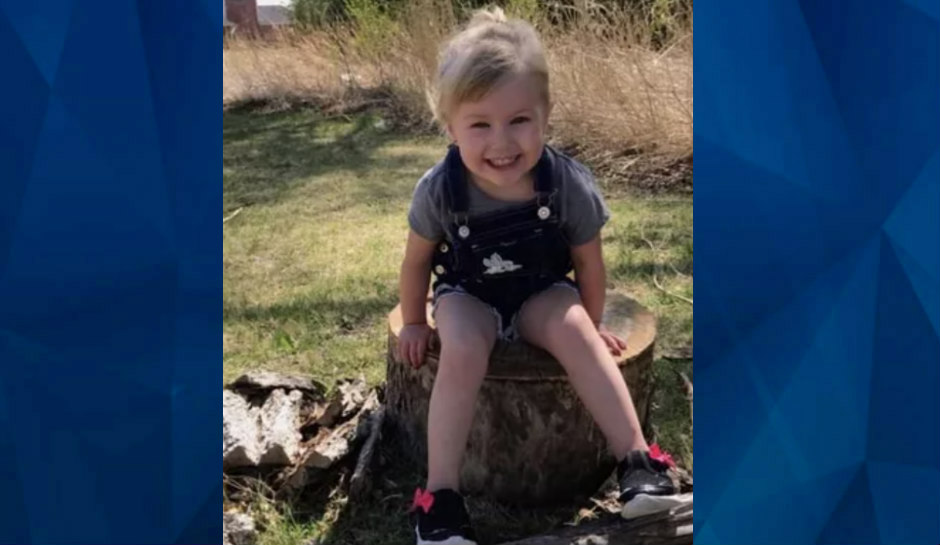 A man with a history of kidnapping allegedly raped and murdered a 2-year-old girl at an Oklahoma hotel, where her body was found floating in a pool with shorts around her neck, KFOR-TV reports.Michael S. Geiger, 51, has been charged with first-degree murder, first-degree rape, kidnapping and burglary in connection with the death of the girl, identified as Caliyah Guyton.Around 1:45 a.m. Thursday, rescue crews were called to the Grand Prairie Motel in Enid, Oklahoma, for a report of a drowning.When medics arrived, the girl had been removed from the pool and was unresponsive. She was rushed to an area hospital and pronounced dead, according to KWTV.Caliyah had orange shorts around her neck and appeared to have injuries consistent with sexual assault, KFOR-TV reports.First responders found room keys in the shorts belonging to two rooms booked by Geiger, who had arrived at the hotel a day earlier.Investigators believe Geiger encountered the girl and her family at the pool and had offered the child “chips or candy,” according to court documents obtained by the television station.Hours later, Caliyah and her grandfather went to sleep in the family’s hotel room and her parents met with Geiger in one of his rooms to “hang out together,” which the evidence suggests entailed consumption of methamphetamine and alcohol, the television station reports.Geiger at some point reportedly offered to pay $5,000 to Caliyah’s mother, Chelsea Guyton, to “spend 24 hours with him,” the court documents state, according to the television station.Chelsea Guyton declined, but she and her partner did find a woman who agreed to spend time with Geiger and left the hotel to locate the woman.Around 11:47 p.m., Geiger was seen exiting the hotel while wearing gloves and grasping a pillowcase.A hotel clerk found this behavior to be strange and alerted a maintenance worker, who investigated and watched Geiger walking away from his room with what appeared to be a doll.After Caliyah’s body was discovered, police searched Geiger’s rooms and found “a very bloody scene,” according to the court records obtained by KFOR-TV.Authorities believe that Geiger may have attempted to lure Caliyah to the room, which had gummy worms on the bed, juice bottles and cartoons on the television.Police found Geiger on the roof of the hotel after a 7-hour search. He had blood on his body and hands.Geiger had recently been released from prison after serving a 10-year sentence for kidnapping, according to the television station.In an interview with KFOR-TV, Caliyah’s mother expressed love for her daughter.“She was amazing,” Chelsea Guyton told the television station. “She was smart. She brightened everyone’s day.”