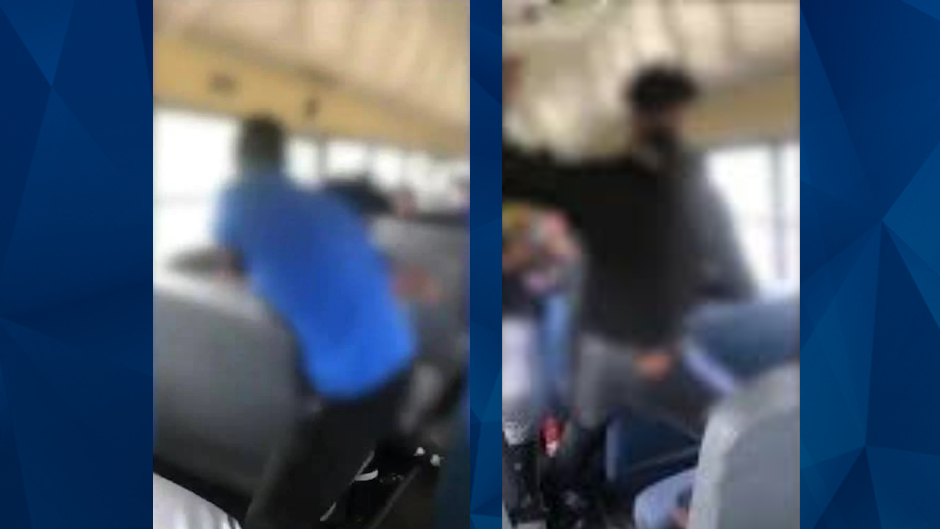 ‘All over $28’: High Schooler on Bus Attacked by 2 Siblings as Mom Encourages It: Reports

Last Wednesday, a 17-year-old boy in Tennessee was attacked on a school bus by two other teens and the teens’ mother.

WHBQ reported that a dispute over stolen money — specifically $28 — sparked the April 13 incident on an MLK Preparatory Academy school bus. Kentavion Dancey suffered dislocated and broken knuckles in the attack, which was allegedly carried out by a brother, sister, and their mother.

Dancey alleged that the student who attacked him had accused him of stealing money.

“I seen a grown lady pull him in the back of his hair and started hitting him, and I seen in the video he was hitting them back,” Dancy’s grandmother told WHBQ. “Then she sending her kids on the bus to fight, that wasn’t right.”

An anonymous employee for Goldskyline, Inc., the company that handles bus transportation for MLK Prep students, told WHBQ that the driver followed protocol but the parent and students forced their way onto the bus to attack Dancey.

The news outlet reported that a 16-year-old was charged with simple assault. Dancey’s family is reportedly trying to have charges filed against the mother involved in last month’s attack.

In a statement issued to WHBQ, Frayser Community Schools said it “is aware of the incident that took place on the school bus, April 13th that involved MLK College Prep students and a parent. Local police officers were patrolling the area and immediately responded to the altercation, along with the school resource officer. As with any prohibited behavior, MLK administrators promptly addressed the issue and disciplinary action has been taken.”